What Are Java build tools?

Thanks to top software engineers behind Java technologies, there are many remarkable Java build tools available. All these tools now offer build automation that automates the software building process instead of manually invoking the compiler. This would be accomplished via the automated Java build tools, which we will get to in a bit.

Right now, let’s have a look at some of the top Java build tools you should be using in 2021. All these build tools for Java have unique features that make them stand out and all of them are exceptional in terms of functionality and performance.

Gradle is one of the modern automated Java build tools. It is mainly used in the development of Java applications and it directly competes with Maven and Ant as they offer very similar functions as Gradle. The highlighting feature of Gradle is that it’s a very lightweight build tool as compared to Maven and Ant as they have significantly larger XML configuration files.

Some promising features of Gradle include:

Scalability – Gradle offers a high level of scalability and extensibility thanks to a wide range of plugins and integrations that expand its automation functionality to a great extent. Gradle is also known for solutions that enable Java applications to work seamlessly between the web and mobile applications.

Parallel download of dependencies – Gradle also allows downloading of both dependency metadata (usually `pom.xml`) and its artifacts simultaneously. This is done as per the user’s requirements of the artifacts.

Task timeouts – Gradle has a feature through which it can assign a specific timeout to each of its tasks to limit its execution time. When a task reaches its timeout, whether it is finished or not, its task execution thread is interrupted which allows the build to finish. This feature can have many applications by giving the user more control over prioritizing the tasks.

Despite these shortcomings, Ant is not way behind other Java build tools on the list as it offers some unique features that have earned it the place on this list.

Apache Maven was initially designed as a project management and comprehension tool based on a Project Object Model (POM) but it also offers applications of a build tool primarily for Java applications. It has been a popular choice among Java developers as compared to other Java build tools for quite some time. It is used for a variety of tasks ranging from project builds, to project dependency management as well as documentation.

Maven is still one of the best options for building an enterprise Java web application as it offers all the required features to create a great application using the POM file.

Some prominent features of Maven include:

Bazel is one of the open-source Java build tools that automate the software building and testing process, very similar to other automated build tools for Java like Maven, Ant and Gradle.  It supports projects in multiple languages and also builds outputs for multiple platforms.

It supports all the essential build tasks including running compilers and linkers for producing an executable program and assembling deployable packages for all target environments.

You can build standalone, self-contained jar files for Java using Bazel that can easily run with very few dependencies on various OS including normal UNIX systems.

Bazel supports conventions for building complex Java programs like a program that processes tons of data or a program that has to run another program as a subprocess.

Bazel can make automatically reproducible builds unless you do not change the toolchain, or your build includes some custom steps like executing binaries through a shell script inside a rule. In that case, you will have to be extra cautious.

What are Java continuous integration tools?

Continuous integration (CI) tools are defined as automated processes that can build your software continuously while developers work on maintenance by performing various testings to ensure the working of the code. For instance, every 15 to 30 minutes, a server might scan the VCS for new check-ins, then update and build the project if it requires any changes. This is also a great way to run automated testing and perform extensive code quality checks.

Jenkins is a CI build tool for Java. It’s a free and open-source build tool written in Java. It provides a smooth process for ongoing development, code testing, and deployment of your project.

The highlighting factor of Jenkin is its continuous integration process. It’s a bit different from the traditional building process as developers can add new features or edit the code by committing changes to the source code from a shared repository. All the changes made are then kept to build continuously. The frequency of these changes usually occurs multiple times in a day so all commits are also monitored by the CI server for verification and to maintain efficiency. It is preferred by the developers as it significantly reduces the burden upon the testing staff and also permits integration in lesser time.

Jenkins offers some very attractive features for Java developers like:

SBT is yet another CI build tool for Java and Scala projects. Despite offering some good build features similar to other Java build tools like Apache’s Maven and Ant, it is a bit underrated due to its popularity as a Scala build tool.

Its main features that can be very useful for Java projects include:

CMake is one of the open-source Java build tools that manage the build process in a compiler in an independent way. It is primarily used to control the software building and compilation process using simple platform configurations that can be used in the compiler environment, including the Java runtime environment.

Some of its notable features are:

TeamCity by JetBrains is one of the build tools for Java that are primarily used to build management and for continuous integration.

It offers some attractive features for Java developers that makes it a contender for this list.

CruiseControl is a Java build tool for a continuous build process. Its notable features include plugins for email notification, Apache Ant Support and some integral source control tools. It provides a web interface to view all the essential details of the in-progress as well as previous builds.

CruiseControl is not a feature-rich Java build tool like others mentioned in the list but it is a free, open-source software ideal for beginners who are working with building tools for the first time. CruiseControl is a unique build tool as it was created by a group of developers who wanted to work with continuous integration on one of their projects, making it one of the developer-oriented build tools for Java.

Travis CI is a hosted build tool for continuous integration service. It is used to build and test software projects hosted on GitHub and Bitbucket.

It was the first CI service that started providing continuous integration building services to open-source projects for free. It can be easily configured with your project by adding a file named .travis.yml. It is a YAML format text file to the root directory of the repository. This file specifies some basic things regarding your project like the programming language used, the preferred building and testing environment and various other required parameters.

Travis CI can be configured to run the tests on a range of different machines running different software. Along with Java, it supports a huge range of other programming languages like C, C++, C#, Clojure, D, Erlang, F#, Go, Apache Groovy, Haskell, JavaScript, Julia, Perl, PHP, Python, R, Ruby, Rust, Scala, Swift, and Visual Basic.  Despite being a hosted service, many prominent open-source projects have also been using it to run their builds and for testing every commit.

All these Javas build tools and continuous integration tools discussed above are some of the best automated and build tools. Although both types of tools do not depend on each other, a suitable combination of the two can significantly impact the performance of your development team in terms of efficiency and better resource management.

While both the available tools aim to offer speed and stability in  projects for Java developers, it all comes down to the one you are comfortable working with and the kind of investment you are willing to make ranging from free to paid options. 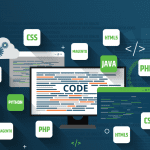 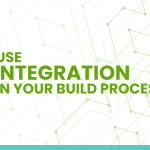 How to Use Java Integration Testing in Your Build Process