The job interview is one of the most integral parts of the recruitment process and the questions asked in the interviews for the Java developer position could be tricky to answer despite having adequate knowledge of Java. This article contains the 50 most important Java coding interview questions (and their answers) for newbies as well as experienced programmers to help them prepare for the interview.

1. Explain the main method() in Java.

2. Explain the term ‘public’ in Java.

Ans. Public is an Access modifier, which implies from where and who can access this method. It also makes the main() method globally available.

Ans. The static keyword makes a method class-related. The main() method is static so that allows JVM to invoke it without instantiating the class.

Ans. String[] args stores Java command-line arguments and is an array of type java.lang.String class. Here, the name of the String array is args but it is not fixed and users are allowed to use any name in place of it.

6. Why Java is an OOP language?

Ans. Java is purely an object-oriented programming language as everything in java is an object, all the program codes and data reside within classes and objects.

7. What is a singleton class in Java?

Ans. A Singleton class in Java allows only a single object to be created and provides global access to all other classes through that single object or instance.

8. Can we use a variable in Java without initializing it?

Ans. Yes, If the variable is a class variable or Boolean type then it is not necessary to initialize them. The default value for the class variable is 0, and in the case of Boolean, it is false. But, if a variable is declared inside any functions or in constructors then it must be initialized, else the compile will throw an error.

9. How to manually throw an exception in Java?

10. How objects are stored in Java?

Ans. As all the objects are created dynamically in Java, they are stored in heap memory.

11. How to find the actual size of an object on the heap?

Ans. One way to find the estimated size of an object in Java is by using the getObjectSize(Object) method of the Instrumentation interface.

Ans. Memory is never allocated before the creation of objects. Since both classes have no objects created so no memory is allocated on the heap for either of the class.

14. What will happen if an exception is not handled in a code?

Ans. the program will terminate abruptly and the code past the line that caused the exception will not be executed.

15. If you have multiple constructors defined in a class. Can you call a constructor from another constructor’s body?

Ans. Yes, any number of constructors can be present in a class and they can be called by a constructor from another constructor using this() method. It is called constructor overloading.

16. Can we use primitive data types as objects in Java?

Ans. No, primitive data types such as int, float, Boolean cannot be used as objects.

17. Which types of exceptions are caught at compile time?

Ans. Checked type of exceptions that are caught at compile time.

18. What are the different states of a thread in Java?

Ans. We got 6 different states of a thread,

20. Can you override a method by using the same method name and parameters but different return types?

Ans. Yes. overridden methods can have the same name and parameters but a different return type.

21. Is it possible to compile a java class successfully without even having the main method in it?

Ans. Technically, yes you can compile and execute a class without a main method by using static block. Although, after the static block will get executed, you will get an error saying “no main method found”.

Ans. A static method provides no reference to an object of its class hence, no, you cannot call a non-static method inside a static one.

23. Name the two environment variables that must be set to run a Java code?

Ans. The PATH and CLASSPATH are the two most important environment variables that must be set to run a code.

24. Can a class be inherited from more than one class in Java?

25. Can a constructor have a different name than a Class name in Java?

26. What is the difference between Round() and Ceil() functions?

Ans. ceil() always rounds the number up regardless of the value whereas round() rounds correctly depending on the number.

27. Can you use goto in Java to go to a particular line?

Ans. Java does not support goto, although it is reserved as a keyword just in case, they wanted to add it in a later Java version.

28. What is an anonymous class?

29. Is String a primitive data type in java?

Ans. No, it is a non-primitive data type but it is predefined in java.

30. Why Strings are also called Immutable in Java?

Ans. They are called immutable because they provide no methods that modify the state of an existing String object. The only provided method is for creating new String objects based on the content of existing ones.

31. What is the difference between an array and a Vector?

Ans. An array is a data structure that stores a fixed number of elements of the same type in a  sequence Whereas a Vector is a sequential-based container and has a dynamic size i.e they can resize themselves.

32. What is meant by multi-threading?

Ans. Multithreading in Java refers to the process of executing multiple threads simultaneously for maximum utilization of the CPU. It is easily implemented as Thread is a very lightweight process in Java.

33. When do we use Runnable Interface in Java?

Ans. A runnable interface is supposed to be implemented by any class when its objects are intended to be executed by a thread.

34. How many ways are there to implement multi-threading in Java?

Ans. There are two ways to implement multithreading in java. By extending the Thread class and by implementing a Runnable interface.

35. When you need to make a lot of changes in data, which data type should be used, String or StringBuffer, and why?

Ans. String Buffer is a more preferred choice as the StringBuffer class is used to represent characters that can be modified. StringBuffer is also faster than String when performing changes like simple concatenations.

36. What is the purpose of using the Break in Switch Statement?

37. What is meant by garbage collection in Java?

Ans. Java garbage collection is the process of automatic memory management in Java such as creating and destroying objects automatically.

38. Can a class be a superclass as well as a sub-class at the same time?

Ans. Yes. This implementation is called multilevel inheritance and it is possible in Java. The last class to be inherited will have the properties of both classes above it.

39. How objects of a class are created if no constructor is defined in the class?

Ans. If no constructor is defined then the compiler will generate a default constructor. i.e., a zero number parameter constructor.

40. How can you ensure in multi-threading that a resource is not used by multiple threads simultaneously?

Ans. The synchronized keyword is used to ensure that only one thread is using a shared resource at a time and other threads can get control of the resource only once it has become free from the other threads using it.

41. Can you call the constructor method more than once?

42. Can you make two methods in a class with the same name?

Ans. No, you cannot declare more than one method with the same name because the compiler cannot be able to tell them apart.

Ans. In Java, there is no operator to create a copy of an object. You can use the assignment operator-like or clone() method but it will just create a copy of the reference variable and not the object.

44. What is the benefit of using inheritance in Java?

Ans. Inheritance increases the code reusability as well as makes your code manageable and improves the readability.

45. How to use Pointers in Java class?

Ans. Java does not support pointers explicitly, but it uses pointers, implicitly. Java uses pointers for manipulations of references but these pointers are not available for outside use.

46. Can you restrict a class so that no class can be inherited from it?

Ans. You can restrict a class from being inherited by using the final keyword in the declaration of the class.

Ans. The protected declared members of a class are only accessible to a class derived from it.

48. How to increase the size of an array after its declaration?

Ans. It is not possible to increase the size of an array after its declaration as it is a static data structure.

Ans. A local class is locally declared within a method in Java, instead of as a member of a class. The main feature of it is that as local classes are associated with a containing instance, users can access any members, including private members, of the containing class.

50. What is the ternary operator in Java?

These java coding interview questions mentioned above are some straight verbal questions that you can expect. Along with that, you could also be asked to write a code. The duration of the interview is not very extended that is why the interviewers usually ask such questions that would not take a lot of time to be answered but also is enough to judge the coding skills of the candidate. Such tasks could include,

You will find some questions that would not make sense like “how to use Pointers in Java class?” or “how to change the size on an array after declaration?”. Being a Java developer, you should know that there are no pointers in Java. Such questions are just asked to test the concepts of the candidate and to some extend confuse them. You should be confident and have a firm understanding of all the concepts to answer such questions.

· Give a suitable example:

· Examine the given code

You can also be given a piece of code and you will be asked to answer the questions like,

These were the top 50 Java coding interview questions that you must be prepared for. The articles also included some noteworthy tips to successfully pass a  Java coding interview. These common questions included various points that usually get skipped while learning Java development but these are some very important points that must be known to a Java coder to be considered a top Java developer. 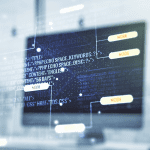 Guide to the Synchronized Keyword in Java 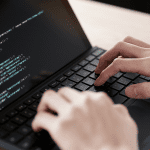