Testing has become an integral part of the development cycle and it has gained significant importance since the introduction of various new technologies and features in Java applications. There have been many new upgrades in Java performance testing tools, which allow them to perform various tests on new features in modern applications.

With increasing competition in the industry, many tech companies are now making performance testing a compulsory task for developers to avoid any delays later in the development process.

What are Java performance testing tools?

First on our list is JMeter. It is an open-source java performance testing tool by Apache. It is mainly used for load and stress testing of Java applications. Along with applications, JMeter can also be used for many different java technologies. It offers a variety of extensions that have some great features for recording and visualizing the resulting test data, making it more readable.

Being an open-source tool, J-Meter is one of the most preferred Java Performance Testing Tools and it is widely used within the Java development community.

LoadNinja is a cloud-based load testing and performance testing tool for java web applications and web services. It helps Java developers and performance engineers to ensure if their Java web applications are robust and scalable. Its unique features include script-less testing and the use of real browsers instead of load emulators. LoadNinja assists java developers with Browser-based metrics with some great analytics and reporting features.

Gatling is another open-source java performance testing tool that primarily focuses on load testing. It offers a free version along with a premium paid version. The free version is more focused on local testing environments and comes with integrations for Gradle, Maven, SBT and also Jenkins, while the premium version is inclined towards more complicated CI/CD environments. It also offers integrations for TeamCity, Bamboo and Grafana. It is to be noted that the free version does not support distributed applications.

The UI is also relatively better but that’s to be expected since it is a paid product. BlazeMeter is the preferred choice for companies who can afford it in exchange for reliable load testing solutions but it’s not that popular within small companies and individual developers.

JProfiler is one of the most popular Java performance tuning tools developed by EJ Technologies. It is used for assessing and monitoring system performance, profiling threads and processes, and it is quite effective in finding and removing memory leaks in the system. Although it is primarily used for performance tuning; it can also provide enough information for successful java performance tests, enabling java developers to identify any inefficient memory consumption.

The only drawback of JProfiler is that it comes with a large overhead which would not be a good choice for most of the development machines.

The combination of XRebel and JRebel can be considered as one of the best java performance testing tools. XRebel offers end-to-end performance checks to discover any performance issues present during development. JRebel also allows the java developers to skip the redeploy process by previewing the required applied changes instantly. It is a great feature to preview whether the changes are providing the expected enhancement in performance or not before applying it.

Stagemonitor is an open-source application performance monitoring tool. While it comes with some similar testing features that XRebel offers during the development phase, the user experience and functionality is not that smooth as compared to XRebel.

However, for production performance monitoring, Stagemonitor provides quite stable functionality, that became the primary reason for its popularity among other Java APM tools.

Zipkin is a distributed tracing system for java applications that are used for troubleshooting performance issues in the distributed service architectures. Its highlighted feature that separates it from other testing tools is that it allows searching for trace criteria by log file ID, service, operation name, or duration. It also allows java developers to visualize traces via a dependency diagram and offers a list of java performance tests for application testing. Zipkin also offers an open-source version called OpenZipkin.

Stackify Prefix is a highly capable Java performance testing tool. It is a lightweight profiler for Java developers. With providing good features for tracing distributed requests, it also offers some useful code improvement suggestions for small and easy fixes in the code along with some useful java performance tests. It also provides great ease for java developers by offering a fast feedback loop so that developers can understand the efficiency of their code and how much time it’s taking to perform. This feature is best for assisting java developers in identifying the application problems way early in the development cycle.

Currently, there are two versions of Prefix available, standard and premium.

Retrace is another excellent Java performance testing tool by Stackify. It is an application performance management (APM) product for Java applications. APM software is specifically designed to guide java developers in understanding the performance of all their applications in a better way. Developers can quickly and easily identify which web requests are taking the most time and the reasons behind them.

Retrace is a unique product as compared to several other APM products because it is primarily designed for developers to use. More often than not, APM solutions are used by IT operations for the reason that it does not give much control to the users. But in the case of Retrace, it’s actually quite the opposite. Whereas APM products are usually extremely expensive, retrace is purposely made simpler with just core features for performance testing, which makes it very affordable.

AppOptics also offer features of a Java performance tuner that provides great assistance to Java developers to get end-to-end level insights of their Java infrastructure. This real-time information is also very helpful for optimizing the troubleshooted practices for any Java application.

AppOptics Java performance monitor also comes with a simple and easy user interface that features open integrations for Snap and Telegraf ecosystems. It allows users to add their custom and pre-configured plug-ins, or they can create their own plugins which increases the flexibility for java developers to a great extent.

Java Log Management and Analysis tool is a cloud-based log management tool used to improve your Java logging process. It allows Java developers to easily merge different logs from their other projects or various web applications, so they can perform a comparative analysis on them together. Its well-designed user interface hosts all the log data on a single dashboard, which makes it very easy to use. It is also equipped with pre-configured graphical charts and graphs to represent data more efficiently and for adding more detail to your Java logging overview.

After collecting, parsing, classifying, and centralizing all the log data from the Java applications, developers can further analyze the data thanks to the automated log analysis tools available. Another great feature by Loggly is advanced searching options and better-querying capabilities. Using those, developers can filter out valuable information from raw Java log data way faster. It is a very powerful tool as even a single specific log can be searched across all Java web applications.

Memory monitoring tools are one of the most important parts of Java performance testing tools. It includes memory usage, memory performance and memory leaks monitoring. The Eclipse Memory Analyzer does all that by monitoring your Java heap usage. Initially, all the Java objects are stored in the free memory called the heap. When you run an application, the memory is taken from the heap. If the heap is full, previous objects are then needed to be discarded to make space for new objects. These changes in heaps need to be smooth and fluent as a disruptive process can create a performance bottleneck.

The Eclipse Memory Analyzer is a full-stack Java heap analyzer primarily made to help developers monitor their memory consumption and set rules to manage memory usage. Developers can use the Memory Analyzer tool to analyze the heap memory. It can be used to calculate the sizes of objects to ensure precise loading and deletion of objects from the heap. With such extreme memory performance monitoring, it also proves to be a great tool for memory leak identification.

Web tracing is recording and analyzing the information about the performance of a web application. It can be a tedious task as developers might have to inspect a lot of packets and track a lot of IP addresses of the systems to properly understand if a Java-based web application is running to its full extent or not.

LightStep’s Web tracer is a full-service trace viewer. Its highlighted feature includes the automation of several parts of the complete web tracing process, which makes things way easier and faster for developers. LightStep can also be easily integrated with several other projects other than Java-based web applications.

Profilers are another great tool for performance monitoring and testing. EJ Technologies’ JProfiler is one of the best Java profiler tools that primarily assists java developers in identifying and resolving performance bottlenecks in the application and memory leaks. It also comes with some unique features for threading issues. Features like JProfiler’s ‘’Heap Walker’’ is quite a handy feature for java developers to solve memory problems more efficiently.

Although all these tools are now offering exceptional features for testing, the level of complexity is also increasing in modern Java applications, as some newly discovered issues are not detected by these tools and surface later in the production phase. Like any other technology, these tools will surely improve further to be able to tackle new and upcoming performance issues in modern applications. 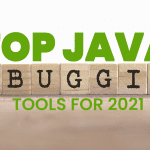 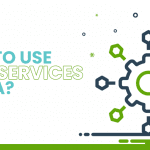 When to Use Microservices in Java?