A Java crash can be a nightmare for developers. The dreaded Java Virtual Machine (JVM) crashes are quite common, and if you are a Java developer, you would probably know how difficult it is to diagnose and recover from a crash.

It is inevitable to avoid Java crashes fully, but this article will provide you with a complete guide to diagnose a Java crash, find its root cause and how you can prevent it from reoccurring.

The first question is, where can you even start diagnosing a Java crash? You need to know why it crashed, and what JVM was doing at the time it crashed. When the JVM crashes, a snapshot of the current state of the computer and the JVM process at the time of the crash is saved in the form of two crash files.

Following the crash, files are very functional for the classification of the JVM crashes, making it easier to identify the reason behind the crash and diagnose them:

It is a text file that contains a complete summary of the memory image and the environment in which the JVM was running at the time of the crash. JVM produces this file itself when it crashes and proves extremely useful for classifying the Java crashes. It indicates that the JVM process has run out-of-virtual memory, and stack overflow errors are also mentioned.

.core is a binary crash file produced on UNIX-based systems such as Linux and Solaris. By default, the .core file captures the complete information about the entire JVM process when it was crashed.

.mdmp file or minidump file is the Windows equivalent for the .core in the Linux-based systems. The size of the .core file (or .mdmp) file is close to the maximum virtual memory of the process on the operating system that comes in very handy when verifying the out-of-virtual-memory crash.

2. Types of Java crashes and how to diagnose them

The JVM reserves virtual memory for various reasons: the Java heap, Java methods, thread stacks, and JVM-internal data structures. All that allocated memory is assigned to the respective process as per the requirements while keeping the operating system limitations in check.

Suppose the virtual memory allocation of the JVM process exceeds the operating system limitations due to any reason. In that case, the JVM will run out of virtual memory, resulting in JVM crashing.

So, if you are using a 64-bit operating system, then it is very much unlikely that JVM would have crashed due to an out-of-virtual-memory error.

Still, on a 32-bit system, you can verify if an out-of-virtual-memory error has occurred in the following ways:

It is mentioned in the text crash file .dump  if JVM has failed in memory allocation. This is a strong indication that a JVM process must have run out of virtual memory.

· Check the size of the binary crash file.

After verifying that the JVM process has indeed run out of virtual memory, you can  troubleshoot the problem using the following ways:

· Upgrade to the latest JVM release

The Java heap is only a certain part of the total memory used by the JVM. If the Java heap is significantly larger, JVM can run out of virtual memory while compiling methods or when native libraries are loaded. Try lowering the maximum heap size to avoid this error.

· Use the Windows 3GB startup option

On almost every Windows version, users can start the operating system with the /3GB option. This will upgrade the maximum virtual memory process size from 2 GB to 3 GB.

· Remove, if any memory leaks in your JNI code

Properly test the JNI code for any memory leaks. An inefficient or poorly written JNI code can result in memory leaks, which will result in the Java process growing until it reaches the maximum virtual memory size on the platform and eventually crashing.

4. JVM crash due to stack overflow

The infamous stack overflow crash occurs when the JVM is unsuccessful in handling a stack overflow error. A proper way of handling the Java.lang.StackOverflowError is when a java.lang.VirtualMachineError is thrown to indicate to the developer that JVM has crashed or has run out of resources required to continue the operation. Still, in an unsuccessful attempt, JVM could crash abruptly.

In that crash, The JVM .dump file can verify the error as it includes the information about the number of stack overflow errors thrown.

It is very simple to verify that the crash is due to the stack overflow error as the text crash file (.dump) shows Error Message: Stack overflow near the top of the file when the JVM crashes due to stack overflow.

Following are the possible solutions for handling Java crashes due to stack overflow errors.

In most cases, a stack overflow error is caused by an application requiring a lot of stack space that eventually exceeds the memory limits of the JVM. You can examine the stack trace in the .dump file.

If it is not suitable to change the stack requirements of the application, you can change the size limit of the stack by using the -Xss command-line option.

5. JVM crash due to a programming error

A JVM crash could also be caused due to a programming error or an error in third-party library code.

Troubleshooting the JVM crash due to code generation

The Following are the ways to identify and troubleshoot a JVM crash during code generation.

· Identify the method that might have caused the JVM crash

If Java crashes while generating a code, the most common reason could be an error during method compilation. If the JVM does not properly compile a method, either the JVM crashes or the method gets compiled, resulting in a logical error.

· Verify if  the crash is because of optimization problems

The JVM can produce an error in method compilation due to a problem in the optimizing compiler. To confirm if the optimization is the reason for the crash, you can disable the optimization by specifying the -XnoOpt command-line option and then restart the application, as shown below:

If the JVM runs the application as expected, code optimization is the reason behind the crash.

· Exclude the suspect method from the optimization process

The JVM might not compile a method due to a problem in the optimizing compiler. You should first disable the code optimization. If the JVM still crashes after you have disabled the global optimization, you can easily exclude the offending methods identified earlier. If the application starts to run without the suspected method being optimized, this workaround should solve your problem.

This article contains some smart tips and tricks for diagnosing Java crashes. Anyone working with Java applications would be well-aware that JVM crashes can cause widespread outages and can be extremely time-consuming to diagnose. While many of these problems are mysteries that remain unsolved, all it takes is some smart use of your Java knowledge and some persistence in troubleshooting and solving these errors. 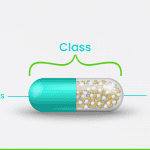 Encapsulation In Java With Example 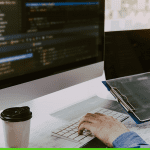 Guide To The Most Important Java VM Options