Microservices have gained a lot of popularity among Java developers since their introduction. The main reason is that it has made the development of larger and more complex java applications very easy and manageable.

In this post, we will take a look at what java microservices are, the benefits of using them and more importantly when you should be using them.

Along with better application management, there are several other benefits of using java microservices that have made them an attractive choice for Java developers.

1. These are independent services

As these small services are integrated with the application at a later stage, they are usually designed, tested, and deployed independently. This independence provides enough benefits like the development and deployment of these services can be done in parallel, they require less coordination while development, allows the development team to easily apply an agile approach, it saves a lot of resources and time as well. Easier development also allows for more frequent software updates.

Java microservices are very flexible to work with, Java developers can even work on different tech stack of their choice to develop microservices. Developers Teams assigned to an individual service have the total freedom to use their choice of programming language, platform, framework and tools. Such flexibility also supports scalability and implementation of a service is also gets very convenient for them,

Java microservices are relatively easier to patch or update thanks to their segmented nature. As a result, java top developers keep updating their services frequently which makes them way less susceptible to security failures. In case of an unfortunate attack, a breakdown or a security failure, only a single service would be affected instead of the whole application which can be easily identified and the team assigned to that particular service can easily build a patch for it preventing further damage.

Surprisingly along with all the advantages, microservices in java also have some disadvantages to consider. These disadvantages do not affect the quality of the application but indirectly affects the development process.

1. It affects your existing development culture

Shifting to Microservices can be a significant change, it will require a change in the working process, team structure and team dynamics, developers will be needed to re-organized and distributed according to the services they are working on. This will not only cost time and effort but it may also cause conflicts as many people might be resistive towards such changes.

The degree of agility will also be a new thing for a workplace where traditional methods have been in use.

It might feel contradictory but microservices allows to use of any technology to develop a service. it can become a hassle for testing and troubleshooting the services later. Tracing errors and debugging from one microservice to another will become far more difficult than testing a big but single traditional application due to the gap between different tech stacks. It will also be difficult to detect errors while integration testing.

3. You will be needing DevOps services

Another notable problem will be the need for DevOps support for your workplace. developers working with microservices requires to work with various automated environments. This will require the DevOps tools like CI/CD and distributed logging, tracing, monitoring, and visualization facilities to handle an automated environment, for performance monitoring and to prevent any errors.

If you have not worked with DevOps or automated tools before, it will require separate workshops and training for developers

Are Microservices for you?

Despite the disadvantages mentioned, java microservices are one of the most sought architectures in recent years.

However, what seems ideal for everyone is not necessarily be right for you and your requirements as well. Every project is unique and comes with its requirements. No architecture offers a “one size fits all” solution so it is entirely up to you to select the right one’s model. Your working environment also plays an important role in determining whether microservices are for you or not.

When and when not to use Microservices in Java

Still confused whether you should use microservices or stick with the traditional methods? Considering the advantages and disadvantages. If the benefits greatly address your specific needs and if your developers are capable enough to change and overcome the challenges then you are good to go otherwise you should stick to your existing methods or plan to shift to microservices gradually.

Applying something just because it is trending or because your competitors are doing it is not advisable. That is exactly why you should first reflect whether you need microservices by asking the following questions,

When not to use Microservices in Java

Your company might end up the struggle with adapting the microservices because there tends to be some conflict between teams and they all are might not ready for the change. The work should not be compromised, if the adaptation of microservices can cause hindrance to your work process that it should be avoided.

2. Consider the complexity of your project:

It is also to be considered whether your project demands the need for microservices or not. You will not be needing to use Microservices if your application does not have complex tasks or issues.

you may also do not need to make the move if you are operating with although a very capable but small team. Depending on your application size, each service may require its team to develop and manage on top of that some developers will also be required to stay working on the legacy app.

4. Lack of experience with Microservices:

Keeping your deadlines and budget in mind, if you are seeking fast results but your team has no experience with java microservices, it would not be a better option to shift now hoping for better results. An attempt to sudden change will require a lot of resources in training and then it will also affect the ongoing projects. You should choose to shift to microservices in a long term and then you will adjust with it with time.

5. A proper approach is missing:

Whether you have resources and experience and you successfully adapt the java microservices, lack of a proper structure will fail. Do not go for microservices if you do not have a solid structure or plan for developing microservices as per your requirement.

An unfortunate trend that is becoming more and more popular within companies is that, instead of developer’s teams dedicating themselves to work on one or two important microservices, they focus on generating loads of microservices, which are then based on the structure of the team and not on the needs of the application.

This is just a waste of resources. It is better to first focus on the primary requirements of the application by having the developers first focus on one or two microservices each.

When to use Microservices in Java

The best reason to move to java microservices is when you are planning to rapidly scale up a specific part of your application. Especially when some primary capabilities of your application require scaling up. For example, the option to add new payment features are to be connected to an eCommerce application should, ideally, be very scalable so that, if the user base starts to get bigger, you can scale it up significantly to maintain the expected quality of the service for all users.

When you aim to rewrite a significant part of your legacy applications using a new programming language or a new tech stack to stay up to date and to use new features offered by that language. Even if you are not just limiting to rewriting and planning to make changes to your old features, microservices would be the best option to do that.

When you are planning to reuse the services or modules across different channels. For example, search options, authentication facilities, login services are often reused in multiple areas of the application. You can go with microservices.

If you are now planning to build a highly agile application that will be demanding a very high speed of response to users, agility and more. You will be needing to use microservices to maintain the performance using faster changes in services and quicker updates.

Some notable Microservices frameworks for Java

It is one of the best Java microservices frameworks out there. Its prominent features include Inversion of Control, Aspect-Oriented Programming, and others. Spring Boot provides you with your very own embedded server to use with your java application. It also uses Tomcat which eliminates the need for using Java EE containers.

It is an open-source framework that supports JAX-RS APIs in Java. It is also relatively easy to use. Its highlighted feature is its extensive and very helpful documentation that is composed of a series of examples and tutorials. It is also very fast and has extremely easy routing options.

It is primarily used for API documentation as well as it gives you a development portal that is ideal for API testings.

It helps in creating fast and scalable Web APIs that are integrated with the RESTful architecture pattern on the application. It is quite difficult to learn by yourself die to a closed community, but you can get some level of help from third-party forums and groups like Stack Overflow or the groups on Facebook and other social media platforms.

It is another expressive Java framework built for rapid development. It provides an alternative for Java developers that want to develop their web applications using microservices.

It is a lightweight, modular, open-source framework for Java microservices. It offers tons of features to develop various services.

It provides an easier way to build, create and deploy modular Web services using Java. Play Framework is one of the best options for building a RESTful application that requires handling of remote calls in parallel. It is also extremely modular in nature and supports asyncand has the biggest communities among all microservices frameworks making it very convenient for new java developers to seek help.

These mentioned frameworks primarily serve as the foundation for the microservices you can develop for your application.  Other than these prominent frameworks, you can also consider some more frameworks like Dropwizard, Ninja Web Framework, Play Framework and RestExpress.

Microservices are something that can improve your productivity to a great extent however, keep in mind that it should not be used when not absolutely required or could not deliver the benefits for your application.

Consider your present scenarios, pros and cons for using Microservices in Java before adaptation. If you are operating with a small team or if your project is not that big, you should refrain from shifting to Microservices. Take your time, structure your approach and then plan a long-term shift to Microservices to avail all its promising features. 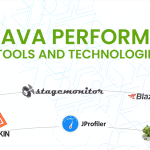 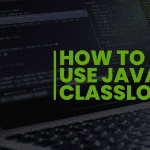 How to Use Java ClassLoader