In general, cloning defines as making an identical copy of something. In programming languages, cloning can be applied at different occasion and can provide various benefits. Since Java tends to provide best features for its developers, it offers object Cloning with cloneable interface in java.

What is Object Cloning?

The cloneable interface in java

The cloneable interface in java is a marker interface that was introduced way back in JDK 1.0. It offers a method called clone() defined in the Object class that is used for cloning.  Syntax of the clone() method is as follows:

The cloneable interface in java allows the implementing class to clone its objects without needing to use the new operator.

The code below depicts the use of the cloneable interface in java,

In the above-mentioned example, both reference variables have the same value. Thus, the clone() just copies the values of one object to another. In bigger projects. It can save some significant time for developers in writing the explicit code for copying the value as well. The extra processing required for copying would be eliminated as well. (The exception mentioned in the code above will be discussed later in this article.)

The New operator in java is used to instantiates a class by allocating some memory for a newobject and returning a reference to the allocated memory. It is also used to create the array object.  The problem arises when the new operator is used repeatedly in the code. As it is a pretty expensive operation especially when you are creating complex objects, it would take more processing time, first for allocating memory and then for copying every field one by one.

Being a good programmer, you know cannot afford to do that, this is where cloneable interface comes into play, Clone() creates a new instance of the same class and directly copies all the fields to the new instance. it saves the extra processing that would be used in the first allocation and then in copying the values. Clone() method also proves to be the fastest way for copying object array.

Look out for these Issues in the cloneable interface in java

See the code example below, here cloneable interface is not implemented,

The above code will throw the following exception when executed,

Below mentioned code is how you can correctly clone an Employee class instance along with overriding the clone method of an object in the Employee class.

Due to this, cloning can seriously affect your code in some cases. It can result in a lot of errors and would be difficult to debug as well if not properly monitored. For example. If an object opens an I/O stream for a file and it is then cloned, the clone object will also be capable of operating the same stream so if the stream is closed by the clone of the object while the first object might still attempt to write in a file, it will result in a file error.

It is possible to create a deep copy of an object but it required to manually modify the clone() method which will take more time and will ultimately defeat the purpose of using clone() to save time.

As improper use of the cloneable interface in java can cause several problems, clone( ) method is declared as protected inside Object. The Clone method is not supposed to be directly used on any object, which is why it is intended to be overridden by the subclass. This means that it can be only be called from within a method defined by the class that implements the cloneable interface.

The following program implements Cloneable and defines the method cloneTest( ), which calls clone( ) in Object:

Here, the method cloneTest( ) calls clone( ) method in Object and returns the result. The clone object must be cast into its appropriate type (TestClone) as it cannot be directly used in an object.

To overcome this, It is possible to create a public clone() method that would clone any object. The following example overrides clone( ) method so that it can be called from anywhere outside of its class. To do this, the developer needs to use the access specifier to the “Public” with clone(), as shown in the code below,

All these issues caused by cloning are sometimes difficult to identify. A top programmer would always suggest that despite its advantages, developers should not implement Cloneable interface in java without any good reason.

See Also: How To Fix An Illegal Start Of Expression In Java

Following are some notable alternatives of Cloneable interface in java,

One option that provides copy functionality for your class instead of using Cloneable is to use a copy constructor instead. A copy constructor is similar to any regular constructor, which returns a new instance of the class. As an input, it takes an object, which is supposed to be copied and returns a copy of it but the developer has to implement the custom cloning logic Inside the body of the constructor.

The advantage would be that it does not require to implement any interface and also does not throw CloneNotSupportedException so exception handling won’t be required for it.

This is another very similar approach to copy constructors and has similar advantages. The only difference here is that instead of a constructor, a Static Factory Methods which takes an object to be copied as an input and returns a copied instance.

A new instance can also be created by deserializing a previously serialized object. The developer can serialize an object and then immediately deserialize it to create a copy. There are also some libraries that support cloning using serialization and deserialization however just like cloneable interface, It required to implement Serializable and it is also the most expensive method for copying.

Reflection is yet another process for making a copy of an object. Using reflection, a developer can read all the fields of a class, copy them and can assign them to a new instance even if the fields are not publicly accessible. There are numerous libraries now available that provides this functionality.

As we discussed, there are a lot of ways of making a copy of an object. The cloneable interface in Java is one of the most efficient among them. Cloning seems a very simple and basic feature but it aims to save a lot of time and processing in bigger projects. The only concern is that it should be implemented correctly and only when it required to fully take advantage of it. The developers first must understand the proper working, its implications and in what areas problems could arise before using the Cloneable interface in Java. It is a handy feature of java but must be used properly. 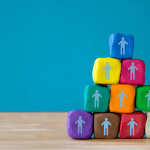 Important Thing to Know for Improving Your Diversity Recruiting Strategy 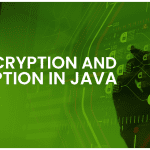 AES Encryption and Decryption in Java