However, it is not limited to web development only. Python is the ultimate programming language, widely applied in many different fields such as algorithmic programming, data sciences, Artificial Intelligence, and scientific calculations. In addition, it is employed by developers in various sectors, including Education, Finance, Information Technology, etc. Large corporations, like Google and Instagram, work with Python in a variety of ways to fulfill their needs.

The Python web frameworks and libraries are a collection of pre-existing modules that developers can use to construct Web applications or services. It takes away the painstaking process of using complicated technologies such as web protocols, hosting sockets, and thread management from web development. In other words, Python web frameworks provide the general functionality of the software you’re seeking to design so that your engineers don’t have to build products without a solid baseline.

One cannot discuss popular web development frameworks without mentioning Django. Django, one of Python’s best-known web frameworks, was first published in 2005. Today, it is backed by a large web hosting company. Not to mention, it is completely open-sourced too. The framework was initially developed as a tool for developers to construct websites with regular content updates that require a content management system (CMS), such as blogs and newspapers. However, since its debut launch, it has been utilized to power a variety of applications and services.

With Django, you can rapidly construct complex applications with little or no understanding of complex back-end technologies – such as interlinked databases or web server-hosting – which makes it particularly suitable for novices just starting out in web programming. It is designed to be used alongside a host of APIs and you need to use as little code as possible to achieve more.

If you’re interested in building your first web application using Python, you may want to consider learning about Pyramid. Pyramid is a popular open-source web application framework for Python. The framework focuses on the Model-View-Controller architectural pattern, a design pattern commonly found in web frameworks. Its lightweight architecture makes it easy to customize while giving you a head start. Pyramid’s configuration, extension, and add-on system make it easy to scale your project and keep it performing well.

Pyramid is used in many applications today, including webpages, web APIs, software development, and game development. Python’s community support is one of its most valuable features as a programming language, as shown by user participation in email lists, chat room channels, Tensorflow, and more. Several alternative Python web frameworks rival or supplement Pyramid; yet, a number of industry-leading brands show it to be a dependable option.

CherryPy is an outstanding Python web framework that may serve as the basis for a range of online applications. Additionally, it is meant to be easy to understand and use. It prioritizes utility and simplicity, making it one of the most accessible web frameworks on our list.

If you’re an intermediate programmer who wants to experiment with something new, CherryPy is an ideal option. While more experienced developers may find its capabilities to be inadequate, Pyramid allows newcomers to get used to working with Python before tackling more complex frameworks.

A major selling feature of CherryPy is that it enables users to execute their code independently of other individuals or services. If you so desire, you can even launch an application using solely CherryPy components.

Flask is one of the most popular Python web frameworks offered under the BSD license. Its development was influenced by the Ruby Sinatra framework. This is also why the Werkzeug WSGI toolkit and Jinja2 template are both required for Flask to function.

Flask’s primary purpose is to facilitate the development of a strong online application foundation. From there, you may use any means necessary for extensions. Flask is well-suited for most types of projects. In fact, it is the default option for web projects that are not compatible with Django. The lightweight and modular nature of Flask makes it readily adaptable to the demands of developers.

In addition, it includes a variety of handy features, like an integrated planning server, a rapid debugging tool, a template engine for the Jinja2 integration, and support for secure certificates, with the option to connect any ORM. In addition, Flask enables developers to establish a stable web application base from which they may use any kind of required extensions. The micro-framework is also Google App Engine compliant.

Bottle is among the most widely-used Python microframeworks, and it is suitable for the quick development of small web applications. It is a WSGI-compliant, fast, simple, and lightweight framework that is easy to integrate into your projects due to it being a singular file module. Bottle contains just the most fundamental capabilities of a good web framework, like routing and templating. For those who have a better grasp of Python and web programming, the learning curve is quite gentle.

Bottle is the most helpful Python web framework for developing mobile apps, and it’s an excellent option for developers who value flexibility. Key Bottle features include clean and dynamic URL routing and mapping, performance optimization, an integrated HTTP development server, and plugin attachment capabilities for helpful utility programs like the Google App Engine and many databases.

Python’s nature as an accessible programming language makes it well suited for online web development, which is why WebPy has received so much interest from the development community in recent years. In addition, Python can handle webpages quicker than most other platforms due to its simplicity and relatively modest exported file sizes.

Whether you’re a designer wishing to add a dynamic element to your website, or want to construct an interesting website from the ground up solely using Python, WebPy is your best bet. Web2Py 3 and 2.8 are the latest versions of the framework, and they provide a variety of deployment options. These include a web-based integrated development environment (IDE) that enables the smooth construction of an instance and its usage on multiple websites through distinct databases. Aside from that, an application may be quickly modified, deployed, and monitored entirely in the browser without even requiring a server.

WebPy is updated regularly and has a flourishing developer community that is always willing to assist you in your endeavors. Therefore, there is always a possibility that someone on the WebPy forums will be able to help you if you get stuck.

Python’s application and deployment in the web development landscape have risen dramatically in the last few years. Since it is an open-source, freely modifiable language, many developers are designing and integrating Python web development frameworks to facilitate the creation of apps.

Regardless of the type of project you’re working on, there are many benefits of using Python programming language. You’ll be able to develop applications faster and build more sophisticated systems with less effort. Python also has a robust standard library, third-party modules, and a mature supporting community.

There are already more than 200+ web frameworks available in Python. If you’re interested in building your first web application using Python, Xperti will help you hire the best Python programmers, web developers, and software engineers. With top-quality talent and guaranteed results, we help you meet your business needs and recruit personnel proficient in web designing and development.

To hire your web developer who is proficient in Python as a language, give us a call or visit our website for more details.

Also Read: 10 Popular Tech Companies That Use Python In 2022 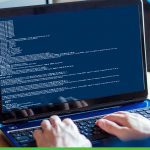 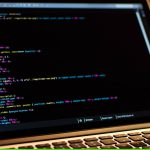