Computer technology has undoubtedly come a long way since Charles Babbage created the first computer in 1822. Following innovations that improved on the concept have given birth to artificial intelligence, or AI. AI, in turn, has changed our lives for the better. With voice commands, we can now use mobile personal assistants such as Siri or Alexa at our disposal. As you know, building an AI requires programming languages to function as its framework. Java and Python are two of the most well-known programming languages. Both have their strengths and weaknesses when it comes to building an AI, which we’ll discuss below.

Java is one of the most used programming languages. It is a multipurpose, object-oriented, and class-based language that can mostly stand independently. It’s also popularly used in app development because of its reliability, security, and speed.

Laptops, gaming consoles, mobile phones, and even supercomputers use apps written with Java.

Being Python’s predecessor, it has an arguably more complicated syntax with faster execution speeds.

Some of them to consider when building AI are the following:

Pros of Java on AI

Open source improvement leads to more effortless coding and debugging. Aside from that, the Java compiler also detects and checks errors automatically while suggesting ways for the programmer to solve them.

Since Java is a multiplatform programming language, you can develop your software among competing platforms with little to no modification.

Cons of Java on AI

Java may consume more memory when in use. It is faster but slower than other compiled languages.

Java has more complicated codes , which may take some time for beginners to learn.

Python is another popular programming language. It is an object-oriented, interpreted, and high-level language capable of dynamic semantics.

Its syntax is typically more straightforward to learn than Java’s. It also tends to emphasize more on readability which helps to lower program maintenance costs.

Python also offers versatility as a general-purpose language. That and its simplicity make it the top pick for non-programmers such as accountants who require non-complicated customized programming.

Like Java, Python also has a variety of useful AI-based Python libraries, such as:

Pros of Python on AI

It seamlessly incorporates itself with existing applications. Since most high-end tech companies are Python-friendly, this language is among the top picks when making the top-of-the-line programs.

Python isn’t the top pick for beginners for no reason. With this language, it’s easier to change, read, copy, and share lines of codes which gives you fewer errors and more efficient algorithms.

Python has access to Matplotlib, which makes creating diagrams and charts more effortless. This makes it well-suited for AI concerning reports and calculations.

Your AI-building journey will feel less complicated due to the wide range of Python libraries. Aside from those mentioned above, you also have Sci-kit picture, which is excellent for graphics, and Pandas, for advanced information investigation and structures.

Cons of Python on AI

1. Not for mobile app development.

Due to its incompatibility, Python is not really the best for developing Android and iOS apps. If you’re really keen on using Python, you can use Python libraries such as Kivy to help you with mobile app development.

2. Errors only show up at run-time.

Since Python is a dynamically-typed language, it can only show errors while you run the code. This makes bug fixes significantly difficult with Python.

All in all, both Java and Python can fill in what you’ll need to build AI.

Both languages can support NLP solutions and neural networks, which are crucial when building AI.

Java conducts type checks during compilation, while Python does it during run times which lengthens the overall execution time. This happens because Java is statistically typed and compiled, while Python is dynamically typed and interpreted while determining the variable type of data. The overall process makes building AI with Java faster than Python.

Java also requires you to indicate methods and classes. In comparison, Python allows you to write the code directly, which lessens the codes compared to Java.

You’re also required to declare variables and put semicolons at the end of statements with Java, This isn’t necessary with Python, making coding faster.

However, you need to put indentations on Python to mark where a code block belongs; otherwise, you’ll get errors. This step isn’t necessary with Java.

Python is significantly more straightforward to learn than Java, which takes a higher learning curve. Don’t get us wrong; Java is still one of the easier programming languages to learn.

Which is better for building AI?

Both Java and Python do an excellent job of building AI. What you choose ultimately depends on your needs, skills, and preference.

Since Java and Python have different strengths and weaknesses in their kits, it is essential to know which language should be applied to which operation.

Also Read: What Are the Best Programming Languages for AI Development?

I work for AI Plat.AI as a tech writer in Glendale, CA, USA, and have previously worked for a tech startup. I have also consulted with data scientists on the latest AI tools to improve communication and media. 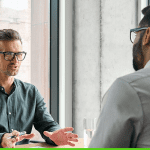 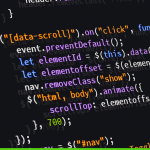