Creational design patterns focus on class instantiation or the creation of an object. This pattern uses inheritance for either creating a class or an object of that class. For example, consider this scenario:

A database connection is created to access data. Developers usually make a connection every time they access data in different locations of the code. Although syntactically correct, this practice is not necessary. It can even cause problems in the code. The data can even be overwritten if modifications are later made in the code. The industry’s elite talent foresaw these problems early on. And introduced design patterns in response.

How Do Creational Patterns Work?

Singleton, a creational type of design pattern, solves the problem described above. It instructs the developer to create a single DB connection class. Whenever the data exchange is required, an instance of that class will be called. A single connection will be established by this and all other connections can be avoided. This concept of creating a single class has many other applications as well.

The Factory Method, Abstract Factory and Builder are other examples of creational patterns.

Coupling refers to the dependency of software components on each other. How:

High coupling results in very complex code. It can be difficult to maintain such code, thereby reducing its usability. A minor problem in one component can disturb other components as well.

Low coupling signifies good code structure. It makes code robust, as the impact of any component’s modification is low on other components.

Reducing coupling is quite difficult and can change the entire code. Design patterns define the rules and methods that can solve such issues. Software developers can minimize coupling by following a design pattern from the start.

Cohesion measures how well a code component has been built. And how well it focuses on a specific task. According to encapsulation (a fundamental object-oriented design principle), all the related data and its functions should be encapsulated in a class. This ensures all related functionalities are in one location, and their accessibility can be controlled.

To make the code above more cohesive, we give each class a focused job. We separate the tasks performed by each class for specificity. Now the following is an example of high cohesion and loose coupling in code:

Design patterns also offer advantages in testing. Typically, testing is conducted by different groups of software engineers.  Testers can easily understand the flow of code. That is, if they know which design pattern was used during the implementation. They can foresee fails based on previous experiences with design patterns. And thus, perform the most relevant testing.

Elite talent is often challenged in describing its work to non-technical professionals. Design patterns help bring everyone on to the same page. During discussions, merely referring to the patterns enables software developers to visualize requirements. 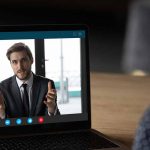 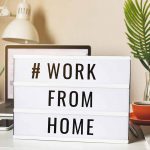 10 Tips For Employees To Work From Home