If you have been a Java Coder and are now seeking a Java Programmer’s job, excellent Java skills will not be enough. There are some important things you must know to be able to successfully land a Java programmer’s job.

If you have been associated with the IT industry, you might have noticed that job prospects for Java programmers are great. Currently. Many new startups, freelancers and onsite development companies are seeking Java developers. Even other sectors are ready to hire Java developers for their skills in system administration and application development. You must have come across at least one job for Java programmers on a daily basis in your job hunt. It’s all great, except that it greatly pushes up competition within the Java developer community. It’s not about jobs anymore, but the best jobs.

Reading through various Java programmers’ job descriptions, you might have realized Java programming experience is one of the few things these JDs have in common. Requirements tend to differ. Significantly. Because Java offers a lot of functionality and your Java skills can be applied in several different areas. How do you make the most of your abilities while scouting the market?

Java 8 was an LTS (Long Term Support) release, which made it a learning priority for many Java developers. After gaining a firm command on Java 8, many of them plan to move directly to Java 11, another LTS release.

Many Java coders have underestimated Java 9 and other non-LTS releases despite the fact that JDK 9 has many new features like:

It also bought some API improvements like collection factory methods.

Learning JDKs from Java 9 and other non-LTS releases is very important. Not only does it expand your Java knowledge, it can also give you an edge over other developers who usually jump from Java 8 to Java 11. That’s how you’ll ultimately increase your chance of getting a Java programmers job.

Development is usually the main priority of every Java developer. Most Java developers leave testing for Test Engineers or the Quality Assurance team. In this dynamic industry, the rules are changing. Now Java coders are expected to be able to test their own codes themselves. At least up to a point. Onsite development companies actively seek testing skills during recruitment.

There are a lot of new frameworks and tools available for Java programmers to conduct unit tests and integration tests on their applications. The better-known tools are:

Proficiency with these skills greatly adds to the prospects for Java programmers.

Upgrading your testing skill can make you eligible for a job for Java programmers where testing skills have been specified in the job description.

Use Of Git And GitHub

Git and GitHub have been dependable tools for programmers for quite some time. These are distributed version-control systems used for tracking changes in the source code of the software during its development phase. They are mainly used to maintain coordination among programmers, and for tracking the versions for errors management.

Most new Java coders do not have much experience with Git or GitHub. Either they do not know how to use it or as they are usually working on a project by themselves, they do not need to coordinate with anyone. Error handling can also be done without Git or GitHub. GitHub is mainly used among new programmers to download projects. It can be then easily run from Eclipse or any other IDE.

Since most of the onsite development companies are migrating their projects from SVN or CVS to Git in 2020, it has become necessary for every Java developer to learn Git/GitHub to be able to get a Java programmer’s job.

If you are seeking a Java programmer’s job and you do not know how to develop an Android Application in 2020, you are definitely lagging behind! Android is currently the most popular platform, and is widely used to write mobile applications. The Java market has expanded noticeably with the popularity of Android which has grown job prospects for Java programmers in the past few years. Although there are some serious competitors in the market, Java is still standing strong in the market, thanks to its rich community and tools.

Since 2019, many companies have been focusing on DevOps. They have been adopting continuous integration and deployment to facilitate next-generation performance and agility.

As the name suggests, DevOps is a set of practices and principles that combine software development and software operations’ rules to build, test and release applications relatively faster and with more efficiency.

From a Java developer’s perspective, DevOps is an expansive field. It requires a lot of tools and principles to learn. It can be very new and overwhelming for many developers especially new ones.

Getting to know DevOps does not mean to dive headfirst into it. A Java programmer’s job usually does not require expert DevOps skills, but with its rising trend you can at least familiarize yourself with its principles.

DevOps is quite helpful for a Java Programmer in terms of saving time and resources in the development process of a Java Application. This also helps in fulfilling the requirements and delivering the Java application faster to end users. A certain knowledge about DevOps will be appreciated when you apply for a job for Java programmers.

It also opens up an option for Java developers to pursue DevOps in the future. If you are an experienced Java programmer and have a passion for managing the environment, automation and improving the overall structure of an application, this is the way to go!

The Spring Framework is one of the most popular frameworks among Java coders. It has been widely used for creating high performing, easily testable and reusable Java code. Spring 5 was released some time ago. It was the first major release, taking place nearly four years after Spring Framework 4.0. It offers some new features like:

Spring 4 supported Java 6, 7 and 8, to maintain backward compatibility. But Spring Framework 4 didn’t adopt many new features which Java 8 offered, like Lambda programming. Spring 5 has baseline Version 8.  So it offers many new features of Java 8 and 9 as well. In many cases, IT recruiters specify the required Spring Framework in the job description while posting a Java programmer’s job. As the latest version, Spring Framework 5 supports all the features of Java 8 as well as further JDKs, increasing your knowledge. (And your chances of getting a job for Java programmers).

Other than application development, top software engineers working with Java have also made it one of the best languages for writing REST APIs.You can easily implement secure and scalable RESTful Web Service in Java using the Spring Framework.

The combination of Java development and REST API writing skills is quite rare. Hiring managers are hard pressed to find developers who have both.  Although both skills are highly desirable within the Java community, this combination has not been prioritized much among Java developers themselves. Java coders tend to go with either one, and then master just that one skill. Although both skills are part of the Java community, they are very different. You won’t see any Java programmer’s job ad asking for both skills. But onsite development companies would see this combination as an asset. A Java developer, having this combined skillset can surely be a promising candidate for a job for Java programmers.

See Also: Developing REST/API: What Do Most Developers Get Wrong?

Microservices are an extension of RESTful web services in Java. These break up the source code into small, distributed, and independent services for improved management of software. Microservices’ architecture has come more into the limelight lately because it has proven to be ideal architecture for the cloud: It offers easy scaling with on-demand resources. However, it does require proper design and a significant degree of preparation.

The Spring Framework is an ideal option for working on microservices. It provides common features, specific for business logics and also obscures the details required for cloud-based development. This makes it easier to understand, especially if you do not have much experience with cloud development.

You have probably heard about containerization using Docker and Kubernetes and the impact it has had on DevOps teams. The first thought that probably comes in every Java developer’s mind is, “Ah! another new technology to learn!” But containerization is not just another technology. It is a truly revolutionizing concept that can transform the whole Java community.

Containerization is a way of packaging software. What makes it unique is that all of your application’s code, libraries, and dependencies are packed together in the container as an immutable artifact and you can easily run it like running a virtual machine. (But without the exercise of starting a whole new operating system).

Docker helps you create and deploy software within containers. Kubernetes on the other hand, is a container orchestration platform, allowing large numbers of containers to work in parallel, thereby reducing  operational burden on the systems.

Nowadays,  almost every development team uses Docker and Kubernetes. If you are looking for a Java programmer’s job today, you will most likely come across Docker at some point. It’s better to learn about it now.

Together with containers, cloud technology is another area every Java developer must master in 2020. Companies (irrespective of industry and domain) are now shifting their data to the cloud. It offers advantages over on-premise storage, such as the edge cloud has in cost-, time- and resource-saving and also better scalability. A range of cloud platforms like Microsoft Azure, Amazon Web Service (AWS) or Google Cloud Platform (GCP) provide several options to choose from.

What is the lesson we infer? A recent job for Java programmers will most probably require cloud experience from the candidates. Once onboarded, they will expect you to work with cloud-native applications sooner or later.

A Java developer does not need to learn everything about all platforms. This would take up too much time, of course. But mastering any one of the cloud technologies is a realistic option. And a good career choice. AWS is a good starting point. It gets good press and is a relatively better option than other platforms as it is the most popular and most mature cloud platform currently in the market. Unsurprisingly, Java programmers’ job descriptions are increasingly beginning to reflect a need for AWS knowledge.

Despite being so different, all these tools come under the umbrella of Java technology. Due to:

Hiring managers have come to expect more from developers. You’re expected to have a certain degree of knowledge about all these tools if you want to get a Java programmer’s job. The Java community has wholeheartedly embraced many of these, creating new opportunities and job prospects for Java programmers. All the best in your career! 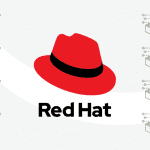 How Does Project Amber Affect The Java Community?