Understanding the performance tuning in Java

After debugging all the common problems like syntax errors or logical errors in the code, the application development process also requires performance tuning in Java. Developing an efficient and excellent performing Java application is not very simple. To produce a well-performing application successfully is what often separates a top Java developer from the amateurs.

The following are major steps and tips for performance tuning in Java. These simple steps can significantly improve the performance of your Java applications.

Before you start the performance tuning in Java, you first need to understand the following three basic parameters that are used to measure the performance of an application in the JVM:

Ideally, the performance tuning in Java aims to improve the garbage collection process to achieve the highest throughput along with minimum memory consumption and the least latency possible. Still, we cannot achieve that all three of them at once. In reality, any one of these parameters can affect the others.

As per the need for your application, you have to decide to prioritize one or two of these factors over others.

· Identify the maximum potential of the system

· Deal with the bottlenecks with a Java profiler

After finding out what your system can do, you will now have to identify any bottleneck that is preventing your system to perform at its full potential. Most of the time the bottlenecks are caused due to the limitation of these four main shared resources. The CPU, memory, threads and the I/O operations.

A profiler is a must-have tool for performance tuning in Java in terms of finding bottlenecks. It can get you extensive information about the behavior and performance of each component in your application. Using a profiler would not only save you a lot of time but in most cases, it identifies the least suspicious components of an application that you would have not been able to find for yourself. Such information is also next to impossible to be extracted and analyzed by the developers by themselves.

After identifying all the existing bottlenecks, you will certainly have to resolve all of them. The question is where should you start? It would seem easy to start with the small ones but it is recommended to start with the biggest one and work your way down. It is because the biggest bottleneck would have more implications and unfortunately solving them can generate some side effects, after solving them along with any generated side effects, you can then solve the minor issues.

· Develop a performance testing suite for your application

Start with the Java performance tuning

Once you have the information about which resources are causing the hindrance in the performance of your application, it is time to find when the bottleneck has occurred. The best approach is to examine the stack traces to find out which Java class was active at the time of performance issues.

Once you have identified the issue that is causing the performance degradation, it can now easily be resolved.

Most of the time such performance issues are catered with one or more of the following solutions such as:

Any of these simple performance tuning tricks can get your application to perform at its best in no time.

Simple coding practices you can adapt for performance tuning in Java

These were some major steps for performance tuning in Java, but some very small changes in your code can also significantly impact the performance of your application.

Following are some coding practices you should implement for better performance in your code:

· Try to use primitive types when possible

Surprisingly, using the primitive data types instead of their wrapper classes can significantly affect the performance of your application. Instead of using integer, always go with the int because the JVM  stores the primitive values into the stack, whereas if you use the wrapper classes such as integer, it will require the heap to be stored. This would be an unnecessary use of heap memory.

While learning to deal with strings in Java, you must have heard to never concatenate two strings with ‘+’ if you concatenate two or more strings in the logic part of your code. It is certainly true because strings are immutable objects; that Is why each string concatenation with the ‘+’ operator is stored in a new String object. This will then require additional memory. If you end up concatenating a lot of strings in this way, maybe in a loop, which will eventually affect the performance of your application. You should use the StringBuilder class to concatenate strings to cater to that.

On the contrary, if you attempt to break a single string into multiple lines to make your code more readable. Use of the ‘+’ operator is a valid option.

You can concatenate Strings with a simple ‘+’ in such a case. The compiler will optimize this, concatenate them at the time of compilation. Eventually, your code will use a single string, and no concatenation will be needed. 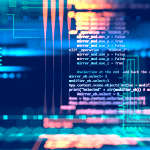 The XOR Operator In Java 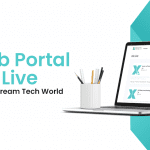