Java errors are the lifelong enemy of every developer, be it a novice or an expert. A Java developer faces a plethora of different types of errors. One such error is the class interface or enum expected error.

In this article, we will be focusing on the reason behind the occurrences of this error and how to resolve it.

The class interface or enum expected error is a compile-time error in Java. It is mainly faced by the developers at their early stages in Java development.

The primary reason behind the class interface or enum expected error is the incorrect number of curly braces. Typically, this error is faced when there is an excess or shortage of a curly brace at the end of the code.

We will be now discussing some of the basic causes of class, interface, or enum expected error and how you can fix them.

The primary cause of the “class, interface or enum expected” error is typically a mistyped curly brace “}” in your code.

This error could have been encountered due to either an extra curly brace after the class or due to a missed curly brace in your code.

Look at this example below:

In the above code demonstration, there is an extra “}” curly brace at the last which is resulting in the compilation error. The removal of the extra “}” can easily resolve the error in this case.

2. A Function is declared outside of the class

Let’s look at another scenario where this error usually occurs:

In the above example, the class, interface, or enum expected error is faced because the function printHello()  is defined outside of the class.

Although, this error is also somewhat due to misplacing of curly braces but it is important to identify this different cause so that the user would also quickly look at all the methods and their placement in the code to make sure that all functions are properly placed.

This can be easily fixed by just moving the closing curly braces “}” to the end of the class so that the printHello() method will be now inside the MyClass.

3. Class is not declared

You would also face this error if you have not declared the class. There might be a chance that you forgot to declare the class at all.

Always make sure that the class, interface, or enum is properly declared in your java file.

4. Declaration of multiple packages in the same file

See the code example below where two packages are present in the same code. You must avoid this in your code:

Tips to prevent the “class, interface, or enum expected” error in Java

All the codes that we have discussed above consisted of very limited lines which makes it very easy for users to spot the misplaced curly brace but it will not be that simple if we have to look for it in a huge code with multiple methods and classes.

·Use a modern IDE

The use of an IDE can be a very good solution for preventing this error.

Various new and modern IDEs have features that automatically add the missing curly braces as detected or they right away highlights the extra added braces in your code before compilation.

Despite that, even if the error occurs, modern IDEs like Eclipse or Netbeans also give the user a visible sign of where the error is located and it will pinpoint the exact location of the error in your code.

Assuming that you are not able to use an IDE,  if you are writing your code in a word processing software such as Notepad, then try to correctly indent your code.

The clear indentations make it easier to identify if there are extra curly braces at the end of the code as they would be at the same indentation level, which should not be part of a valid code.

You can simply remove the extra curly braces for the code before compiling it and the class interface or enum expected error can be easily prevented.

We discussed various reasons behind the occurrence of class, interface, or enum expected error. We also looked into the same ways to prevent this error.

It is a very trivial error and can be very quickly solved but it can sometimes become a bit troubling especially when occurred in a big code. To cater to that, always use a modern IDE to prevent this error.

See Also: How To Iterate Over a Map In Java 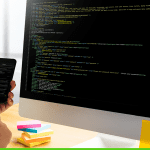 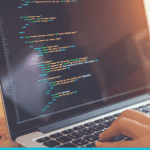 Guide to hashCode() in Java