What is an FPGA? Starting Out With FPGA Basics

The programming of this chip can be simple, consisting of a single, logic gate like the ‘AND’ or ‘OR’ function, or it can consist of more complex functions, including functions that work together as one comprehensive multi-core processor.

The following are three major components of FPGA Architecture:

Programmable logic blocks are responsible for basic computation and storage elements used in systems. A single basic logic element consists of ‘programmable combinational logic’, a flip-flop to carry out logical operations. Modern FPGA architecture has introduced a heterogeneous mixture of different blocks similar to dedicated memory blocks. Configuration memory is used for every logic block to control the specific function of each element.

Multiplexers, transistors and tri-state buffers are usually used in the form of a logic cluster to connect the logic elements.

Programmable I/O pads are used for interaction with external components. The combination of an I/O pad and the surrounding logic circuit is called an I/O cell. These cells are a large part of an FPGA chip. In a discussion of FPGA basics, this should not be missed!

Java, known for its versatility and unique approach to object-oriented programming and enhancements has become a suitable choice for desktop and server application development. And there are a number of features within Java that support this. For instance, thread support in the language itself, can be used to greatly simplify the development of embedded systems.

This was impossible in earlier versions due to resource constraints in embedded systems. The common implementations of the Java Virtual Machine (JVM) in embedded systems was not possible due to the limited resources in those systems.

A different approach called a Java Optimized Processor (JOP) was introduced by top software engineers. This is a hardware implementation of Java Virtual Machines, with very short and controlled execution time of most bytecodes. JOP is implemented as a configurable soft core in a Field Programmable Gate Array. Using JOP, made it possible to develop applications in pure Java on resource-constrained devices.

TornadoVM is another recent innovation, designed to be used to modify OpenJDK and GraalVM. This supports running Java code on parallel architectures, supported by OpenCL. The system can utilize multi-core CPUs, Intel FPGAs as well as GPUs.

Support from Java is also a green sign for Field Programmable Gate Arrays.

If you had to run a program on an array of processors, you could only do this in a high-powered lab. This was the reality of programming merely decades ago.

Today, after the combined hard work of elite software engineers and top developers, our personal computers are now powerful enough to easily handle such processing by using FPGA chips.

Even with a knowledge of mere FPGA basics, application developers have created solutions that make use of simple logics to a complete system of complex logic systems. The potential for FPGA in an embedded system is steadily increasing, opening up new possibilities in different applications. FPGA devices are also cheaper (compared to GPUs and CPUs) and are easily available. This again, encourages developers to consider exploring FPGA basics in more depth.

Many applications heavily depend on the parallel execution of the same operations. FPGA possesses the ability to be configured into thousands of identical processing blocks to execute the same task simultaneously. It can be applied in image processing, data center hardware accelerators, enterprise networking and automotive Advanced Driver Assistance Systems (ADAS).

Many of these application areas are very dynamic and as the requirements evolve, new protocols and standards are adopted which require alterations in the original design. FPGAs enable manufacturers to implement systems that can be updated when required. This flexibility is difficult or even impossible to achieve with an ASIC, which is why expensive GPUs are used for this purpose.

FPGA can also be implemented in:

How Do FPGAs Work In Other Areas Of Technology?

For the software industry, FPGAs may be old news. But for other industries, FPGA basics are still a healthy starting point for innovation. Software developers are exploring ways to make FPGAs work in deep neural networks (DNNs) and artificial intelligence (AI). Running a DNN inference model requires a significant amount of processing power. Graphics processing units (GPUs) are usually used to accelerate the processing, but in some cases, high-performance FPGAs were observed to perform relatively better than GPUs when it came to analyzing large datasets.

Microsoft has also been quick to come up with answers to ‘how do FPGAs work?’  by using Intel FPGAs to accelerate AI. An ongoing project of Microsoft called Project Brainwave aims to provide Intel Stratix FPGAs’ access to customers via Microsoft Azure Cloud Services. This allows developers to avail the raw power of FPGA chips without even purchasing them or even configuring specialized hardware and software.

When some top developers were asked how they can make FPGAs work, they came up with applications in simple open-source tools, like the Microsoft Cognitive Toolkit or TensorFlow.

Our definition of FPGA basics has evolved dramatically, since the first commercial FPGA chip was introduced in 1985. But so has FPGA architecture. Software capabilities have kept pace, which makes the application of FPGA technology much more diverse. 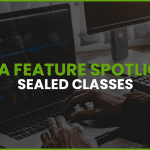 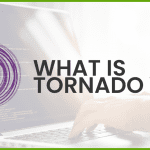