Ever since its release, Java has remained one of the most versatile programming languages. One of the key features of Java is that it has a vast and feature-rich list of libraries. Here we will discuss the top 20 best Java libraries used in various domains for Java development. Whether you are a student working on a small project or an experienced developer designing an enterprise-grade application, you will surely benefit from most of these libraries listed below. These best Java libraries are also classified as per their domains for your better understanding.

Apache Commons is an all-in-one utility library for Java applications development and extends many of the core Java libraries. Apache Commons consists of 43 modular libraries covering domains like Collections, Math, Classes, Database and Caching. It has been widely used in the industry and is even considered as an unofficial Java Standard library enhancement. If you are working on a big project and not using any Apache Commons library, then you are probably re-inventing the wheel.

Some highlighted features that make it one of the best Java libraries include the extension for Java Collections Framework and provision of numerous Mathematics and Statistics components. It also comes with JDBC Helper and offers I/O and Logging Utilities.

Google Guava is another top-grade Java utility library. Initially, it was developed by Google but now it is an open-source project where many engineers have contributed. Like Apache Commons, it is also a modular library and contains many independent modules. It covers all essential utilities like collections, string manipulation, concurrency utilities, graph libraries, I/O utilities, hashing, and more. Google Guava offers a relatively improved software design compared to the Apache Commons library. If you find it necessary to create a shared library or a utility class for your project, then Google Guava would be one of the best Java libraries for that.

GSON also called Google Gson is an open-source JSON Java library used for serialization and deserialization of Java objects from JSON. It was originally developed for the internal purposes of Google but was later made open source. With its latest version, 2.8.6, which was released in October 2019, it became a frequently updated library.

Jackson is like a compilation of all essential data processing modular libraries for Java. It is a fast, lightweight, and user-friendly library for developers thus it is considered as one of the best Java libraries for streaming JSON. Along with JSON, it also supports some additional data formats like Avro, BSON, CBOR, CSV, Smile, Protobuf, XML, or YAML. Jackson also offers data-binding and annotations. You can convert a POJO to data or generate POJO from data using Jackson annotations. If you often work with the data format, Jackson is the best option for you. It is extremely modular offering basic functionality and various extension modules.

It is another simple Java library used for objects serialization to or from XML or JSON. It is an open-source project available on Github. XStream uses reflection to discover the structure of the object graph to serialize them at run time. It does not require any modifications to objects. It can also serialize internal field; including private and final, and  offers support for non-public and inner classes. Being backed-up from google and receiving regular updates makes it one of the best Java libraries for JSON.

Along with JSON, XML is another prevalent data format that offers stricter validation, storage, and transportation of data. Before the release of Java 8, the Java Standard library had XML support, including data binding. Since Java 9, the XML processing functionalities are no longer part of the Standard Java library and have been moved to a separate library called JAXB.

JAXB offers everything you need to work with XML in Java. It provides a standard method for mapping between the XML and Java code. It also includes annotation-based data binding. Now, by chance, if you are still working with XML, JAXB is the obvious choice for you.

Logging is an integrated part of enterprise-grade software development. Proper logging is always required to help developers understand the working of the software and helps in finding the root cause of an error while debugging. Java Standard library offers basic logging features in Java.util.Logging but following are some best Java libraries available for logging.

Logback is another logging library for Java. It was the successor of a very old logging library log4j. It provides native support for SLF4J and logback-access integrates it with servlet containers so that you can use it to write HTTP-access logs.

Log4j 2 is considered as one of the best Java libraries for logging especially for large projects as it gives an incredibly impressive performance. For a significantly large project, the performance of a logging library certainly matters as it can take a lot of time in logging each process. It provides improved performance via asynchronous logging and also provides cloud support for your project.

Unit or integration testing is an integral part of the software development process. Testing a small project can be easy but when it comes to testing enterprise-grade Java applications, developers require some testing libraries to be able to test the modules in different scenarios. These are some useful Java libraries as it saves a significant amount of time of developers.

Often when you have to test a single class, it depends on some other classes that are not done yet or some external functionalities like I/O operations. One way to test your class in such a situation is through Mocking. You can mock the behaviour of other classes or you can just focus on the results of the class you want to test. Mockito is the most widely used mocking library in Java. It can be used for testing a small project or a complex Enterprise Java application. It offers a very simple, clean and straight forward API and keeps your Unit/Integration testing process easy. It also offers annotation-based mock/spy injection.

AssertJ is another testing library on the list. One of the primary features of testing is to verify whether the test result is the same as the expected result. AssertJprovides a rich set of assertions, along with really helpful and user-friendly error messages and improved test code readability. It is designed to be very easy to use. AssertJ is often preferred over other assertion libraries because of its fluent API. It is also highly modular, offering all the necessary functionalities in its core module along with some advanced functionalities in other modules.

The JUnit aims to enable developers to create unit tests for their modules. Unit tests are done to validate a specific unit or module of your whole application separately to determine its relation and behaviour with the complete application. It offers an easy to use and understandable API. JUnit also enables Java developers to apply TDD (test-driven development) for their application which means that every part of the application is tested before final integration.

The JFreeChart is the easiest to use and the most widely used Java graphical library. It is among the best Java libraries because it offers some great options to create a wide variety of detailed and informative charts.

JFreeChart allows developers to generate a variety of charts including pie chart, bar chart, time-series chart, Gantt chart, histogram, X-Y charts, and various other specific types of charts as per the developer’s requirements.

This is another full-fledged library to create graphs and charts in Java. It is a feature-rich library that also offers enterprise support. You can create customized charts and graphs according to your data. The enterprise version offers way more functionality to allow you to present your data in a more appealing and understandable way.

The best possible way to deal with Data Store now is by the introduction of an abstraction layer between the application and the Data Store. ORM (Object Relational Mapping ) libraries in Java act as the abstraction layer that maps the Java Class with Database Table/Collection. ORM libraries have often been criticized as they are just a workaround and are weak. However, they are still very popular and are considered as very useful Java libraries as they can help developers avoid writing queries for most of their projects.

Hibernate ORM is one of the best Java libraries for ORM. It was released in April 2020. It comes with a framework to perform object-relational mapping and query databases using both HQL (Hibernate Query Language) as well as the very common, SQL. Hibernate supports the mapping of Java classes to the database tables. It is data-independent which means that a single piece of code will work on all databases saving developers a lot of time and effort.

MyBatis (formerly known as iBatis) is another popular ORM library. It is still under active development but is still used by many Java developers. It offers some powerful features like transaction nesting, optimistic lock, logical deletion and more. It can use simple XML or annotations for configuration and map primitives, map interfaces and Java POJOs (Plain Old Java Objects) for database records.

Apache Lucene is an extremely fast and one of the best Java libraries for searching. It is also used by Elastic search and Solr, some other searching Java libraries. It provides features like complete text searching, faceting, joining and highlighting. It is a lightweight library and can be used for almost any search use cases for your application.

It is another popular full-text search library for Java developers, ElasticSearch provides a distributed and highly available search engine. It also offers HTTP RESTful API as well as Native Java API. It is a document oriented library that is built on top of Lucene.

Open Search Server can be considered as a crawler and a search engine that comes with some very powerful and efficient full-text search algorithms. It is also built on top of Lucene. Open Search Server is a relatively very stable and high-performing search library, making it one of the best Java libraries for web search. Additionally, it also supports multi-languages indexing.

One of the most criticized things about JDK is its lack of support for HTTP. Although developers can make an HTTP connection using classes from the Java.netpackage, it is not an easy process, especially for new developers. A relatively easier and seamless method is the use of open-source, third-party libraries in java like Apache HttpClient and HttpCore.

HTTP has remained as one of the most used and prevalent Application-Layer protocol. Java Standard library does not have much to offer for handling HTTP but thanks to Apache, Apache HTTPComponents offers a complete toolset of Java components focused on HTTP. Apache HTTPComponents library is also extremely modular, it comes with a Core module to develop custom Client or Server HTTP services, and also provides various value-added modules for advanced functionalities like Asynchronous HTTP Client. It is no doubt one of the best Java libraries for working with HTTP or associated protocols. 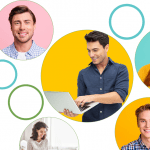 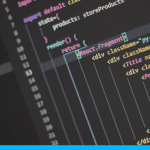