What is the best Java IDE?

An Integrated Development Environment, commonly referred to as an IDE is software used for programming. It includes all the required tools and features for writing, debugging, and even testing your code. It provides a single environment for developers to work on which significantly improves the programming workflow.

We will be discussing the 15 best Java IDEs that you can start using in 2022.

IntelliJ is considered one of the best Java IDE in the community. It offers various features to significantly improve the productivity of the user. Tools like smart completion, cross-language refactoring, data flow analysis, and language injection make programming way easier and clutter-free for developers. It also offers advanced support for web, mobile, as well as hybrid application development.

Eclipse is another most popular Java IDE currently available. It is an open-source application offering an extensive set of plugins for your application development. This Java IDE automatically validates the syntax of your code, making it easier for debugging. Along with debugging, the drag and drop feature makes its interface user-friendly as well. Eclipse also enables its users to manage their projects remotely.

The Eclipse IDE is available for both desktop and cloud, with the cloud edition allowing Java developers to code in a web browser. Being an open-source IDE, it is also free to use.

Apache NetBeans is an IDE for specifically writing your Java code. It is the official IDE for Java 8 as it is considered one of the best Java IDE for developing desktop, mobile, and web applications. NetBeans is an open-source IDE hence it is free to use.

It also gets very easy to customize your code using NetBeans as it offers a code highlighting feature that automatically highlights any syntax or semantic error in your code. It is mainly used for Java development, but it has some extensions that can be used to code in other programming languages, like C, C++, and JavaScript.

Kite is a Java IDE that automatically completes multiple lines of code. It features an aggressive autofill feature that provides ease for developers.

Other than Java, this editor supports more than 15 programming languages. It is a cross-platform IDE with support for Windows, Linux, and macOS. It comes with complete Java documentation that makes it easier for developers to try this IDE.

BlueJ was initially a coding platform created for educational purposes but is now a full-fledged IDE mostly used for small scale applications development. BlueJ is the best Java IDE for beginner developers.

Along with a very user-friendly experience, it offers some unique features that many other IDEs lack, like scope coloring, code pads, and object benches. BlueJ is portable and is available on various platforms like Windows, Linux and Mac OS. It is also completely free to use.

JDeveloper is a free Java IDE by Oracle. Along with Java, it also includes features for development in various other languages like PHP, SQL, XML, HTML, and JavaScript. Its highlighting feature is the inclusion of features for all the development lifecycle phases which are coding, designing, debugging, optimizing, profiling, and deploying.

JDeveloper offers different editing tools that allow developers to directly edit their code from the coding environment. It also has a drag-and-drop feature that further simplifies the development process. It is just that it is not very easy to learn, especially for new developers.

SlickEdit is a cross-platform IDE for Java. Its highlighting feature is vast support for more than 60 programming languages. It also loads large files significantly faster than many other best Java IDEs.

The customization features allow users to change menu items, automatic formatting of code when pasted and automatically saving the file after a certain period of inactivity are a few remarkable tools by Slickedit.

Along with Java, it also supports Angular, HTML, TypeScript, and JavaScript. It also provides support for databases, application server connectors as well as for Maven and Spring. It is also a cross-platform IDE but it is expensive as compared to other Java IDEs.

Codenvy is an open-source cloud-based Java IDE. It is also a multi-user remote development platform offering SDK (System Development Kit) for creating your plugins for frameworks, tools, or other languages.

The best feature of codenvy allows easy remote access to your projects from more than one device. As a result, programmers can share the workspace and can coordinate their work. It is a cross-platform IDE supporting Windows, macOS, and Linux as well.

Greenfoot is targeted at all the young Java developers. It is designed for educational use to make Java programming fun, simpler and easier for students. Greenfoot offers various features that use 2d graphics for creating interactive programs and games.

Greenfoot is often considered the best Java IDE for learning purposes. Teachers and students admire this IDE as it provides an online platform for interactions and comes with free access to a variety of sounds and animations that you can use in your application. It is the best option for young developers looking for trying out Java programming, it is a very interactive IDE with a strong online community.

DrJava is a lightweight Java IDE made for Java beginners and students. Despite having very little power and offering fewer features as compared to some of the other IDEs on this list, it is considered the best Java IDE for beginners due to its extremely clean and clutter-free interface. It also has a consistent appearance on every supported platform making it easier to be used on any platform of your choice.

DrJava is a console-based IDE that allows its developers to interact with their code from a console and read their outputs from the same console. You can even integrate it into Eclipse via a plugin so later you can smoothly transition into Eclipse if you wish to use advanced tools.

JCreator is another powerful and lightweight Java IDE in this list. The reason it can be considered as one of the best Java IDE is that it is significantly faster than other Java IDEs. It also has a very simple interface much like that of Microsoft’s Visual Studio making source code navigation easier. Despite being a lightweight IDE. JCreator can smoothly handle several JDK profiles for multiple projects and also offers a strong API guideline for Java developers.

See Also: Kotlin vs. Java: Which Is Best for Developing Android Apps?

It can be an ideal option for new Java developers due to its intuitive user interface. It provides a great learning curve thanks to features like project templates, code completion, syntax highlighting, and wizards. JCreator is offered in two versions a Pro Edition and a LE Edition, neither is free but LE is a bit cheaper with limited features. It is also not supported by multiple platforms so it can only be a choice for Windows users.

jGRASP is a lightweight Java IDE. Its highlighted feature is that it offers automatic production of software visualizations. As it was developed in Java, it can easily run on all platforms with JVM. Some other features of jGRASP include a workbench, an integrated debugger, and UML class diagrams.

It allows developers to produce static software visualizations of source code and data structures at runtime. It is also very easy to learn, thanks to its detailed documentation. Though it will take some time to learn especially for new developers as it does not offer that many navigation tools and its interface is also not as user friendly as other IDEs on this list.

JBoss Forge is one of the best IDE for Java programming for offering wizards and extensions for writing Java programs. It comes with various tools that assist you in writing your Java applications. All these tools enable you to enhance your workflow.

JEdit is the last IDE on the list. It is one of the best Java IDE for offering the word-wrap feature. It automatically moves the mouse cursor to the next line without pressing enter. This seems like a simple feature but is a delight for many Java developers.

Other than that, this lightweight Java IDE also allows users to download various plugins using the provided plugin manager making it a highly customizable and configurable IDE. It is a cross-platform IDE having support for Windows, macOS, Linux, Unix, VMS and more. 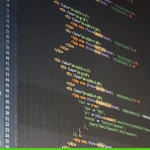 How To Analyze Java Thread Dumps 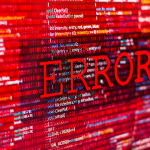