An IDE or integrated development environment refers to software that offers extensive software development features for python developers and programmers. Features like source code editor, debugger and intelligent code completion have made IDEs an integral tool for development. The use of a good IDE can increase the productivity of the programmers. Selecting an ideal IDE from a sea of IDEs available today can be very difficult for python developers but one great option can be Vim as Python IDE.

In this article, we will explore vim as a python ide, how it can be the best option for python development, along with all the features and plugins it offers. The article also provides a step-by-step guide to turning Vim into an ideal IDE for python.

Technically, Vim is not an IDE but a text editor, an extremely lightweight and highly extensible text editor. It is very easy to use and learn as it offers an excellent interface for navigating and editing text. It allows developers to add plugins of their choice by installing other packages so that They can be tailored as per their requirements. This way vim can be transformed into a Python IDE.

Vim as a python IDE

As mentioned earlier, it is a very fast and highly customizable IDE. Another reason to choose vim is the range of customizable keyboard shortcuts it offers. It can actually be configured in a way that it would not require you to even touch the mouse. As a result, it can significantly reduce your coding time but the Vim Plugins are what make Vim one of the best options for a python IDE. There are a variety of plugins available to achieve even the smallest features as per your requirements.

Transforming Vim as a Python IDE

1. Installing Vim on your device

Vim installation is a very easy process across all operating systems. In macOS, you just need to use the following commands in Homebrew,

In Linux, (Debian or Ubuntu), you can use these commands,

While in Windows operating system, you will need to install Vim separately. Fortunately, Microsoft makes it very convenient to install Vim and get it running on your system. It can be easily installed by downloading the executable installer from their website.

Make sure you have installed VIM version 7.3 or greater with Python support. To check that, run the following command,

You can check the specific version of Python used in VIM by,

This will output the current version of Python installed on your system. In case, if this gives you an error, it means you do not have Python support.

Despite VIM being capable enough to be used for development out of the box. However, it is also extremely extensible, and as mentioned earlier there are tons of plugins available to turn it into a complete IDE. For that, the very first thing that is required is a plugin manager to install all plugins. Vim offers a native plugin manager along with several extension managers, but we will be using Vundle. Consider Vundle like pip for Vim, as it makes installing and updating packages way easier.

To install Vundle on a Linux system, you need to run the following command:

After that, add the file to your user’s home directory:

These commands will download the Vundle plugin manager and add it to your VIM bundles directory. Now all the installed plugins can be managed from the .vimrc configuration file.

Now to set up Vundle in the .vimrc, you have to add the following lines to the top of the file:

All is done. Now you are all set up to use Vundle. Afterwards, you can install plugins as per your requirements. A major reason for using Vim was to be able to use the following command

This command allows you to automatically download and install all the plugins for you making things quite easy but if you want to customize Vim as per your preferences. The next sections discuss some very useful features offered by Vim.

Features and plugins by Vim

Vim offers a long list of features; some come built-in whereas the rest can be easily installed in form of a plugin. Following are some of the most common and very useful features that can be utilized to use Vim as Python IDE. The commands to install the plugins or configure the Vim are mentioned as well.

Most IDEs offer a sidebar that gives access to all of your project files. You can get the same feature in Vim using the plugin, NerdTree. This will place a file explorer inside your vim window that will allow you to visually browse your project directory.

The python-mode plugin offers multiple features but it is mostly used to add syntax highlighting features in Vim. Syntax highlighting can provide visual cues and keywords that make the code easier to read by visually clarifying the programming language syntax. It also offers to Add or remove breakpoints in your code. It also automatically Improves Python indentation and offers code refactoring.

If you want to use lint, there is a plugin, ALE for that. ALE or Asynchronous Lint Engine plugin provides linting in Vim 8 while you edit your text files.

If you are habitual of using Tabs in an IDE, Vim supports tabs out of the box. You can use the following commands to configure them.

To switch between the tabs:

To close a tab:

To open a new tab with the file:

Auto indentation can be very helpful while coding in python and works quite well as well, but in certain cases like when a function signature goes up to multiple lines, it does not always intend the code correctly. The indentpython.vim plugin can be used to fix that issue but improve the auto-Indentations.

The vim-fugitive plugin allows you to perform basic git commands without even leaving the Vim terminal.

You can turn on the line numbers on the side of the screen using,

Powerline is a status bar plugin that displays information such as the current virtual environment, git branch, files that are being edited etc in a status bar.

Although Vim offers its clipboard it ignores the system shortcuts such as cut, copy, and/or paste to/from other applications outside of VIM. You can access your system clipboard using this command:

You can search for basically anything on VIM by installing ctrlP plugin,

After installation, Ctrl+P will enable the search. If your search matches anything it will find it and not just files but tags as well.

Vim allows splitting layouts by opening a file with these commands

To split the layout vertically

To split the layout horizontally

You can also nest splits by using these commands, as well, so you can have splits inside of splits, horizontal and vertical. After opening the files, the following commands can be used to change the split screen behavior while coding.

It is now evident that Vim as a python IDE can be a great option. Having a one-and-for-all IDE is not easy to find, but comes very close to that. The variety of all the available plugins and customizations can make your coding quite easier.

We have just explored the tip of the iceberg by coving a handful of plugins and settings. The purpose was to just to introduce the Vim plugins as now, you can explore the huge variety of plugins that are available for Vim to extensively customize it as per your coding requirements. 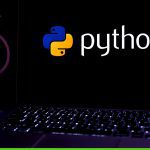 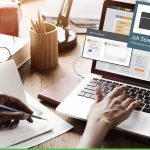 Guide on How Xperti Can Help You Find Java Jobs in the U.S.