Newer programming paradigms, such as reactive and functional programming, have changed the way developers build software. Developers now have the opportunity to re-think their entire workflow and leverage tools that can streamline the process of building apps.

There are many different resources needed for the multi-step process of writing and developing code. Computer programmers use a wide range of tools for the different stages of the development process, from writing code to editing, debugging, and interpreting. However, it might be difficult to manage multiple tools and platforms required for each procedure simultaneously.

For this purpose, IDEs are indispensable.

Interactive Development Environments (IDEs) automatically restructure your code by doing tasks like variable extraction and file renaming. IDEs make it easy to quickly do a variety of activities that might otherwise prove to be labor-intensive and time-consuming.

This article’s goal is to assist React Native developers in making an informed decision when choosing a React Native IDE, with the end goal of facilitating the production of high-quality code and reliable applications. So, read on to discover the five best IDEs for building native apps in React Native.

What is an IDE and Why is it Helpful to Your Development Process?

The term “integrated development environment” (IDE) refers to a specific kind of application builder that streamlines the process of creating software by bringing together several separate but necessary developer tools. There are three primary parts to it:

Systems like Local Build Automation help engineers save time and effort by automating mundane but necessary steps in creating a custom, on-premises version of the program. Converting computer source code to binary, packaging that code, and then putting it through automated testing are all important, systematic steps.

When a programmer creates a computer program, the first thing they do is create the source code. A Source Code Editor is a text editor optimized for programming languages. There are visual indications for syntax highlighting, bug checking, and language-specific auto-completion, to name a few of its features. The source code editor simplifies both the creation and viewing of code by clearly separating its many components and operations.

As the name suggests, a Debugger is a tool for finding and fixing bugs in software. It’s useful for tracking down problems in the source code. The programmer understands the program’s logic, finds bugs in the code and data, and spots any semantic mistakes.

When working with React Native, developers, whether you recruit them or train your own staff, you can rest easy knowing that they won’t have to spend a lot of time learning how to utilize the various tools since they’re all represented on the same workbench.

Automated code generation and intelligent code completion are just two of the time-saving capabilities included in the React Native visual IDE that may help developers shave minutes off of their development cycles.

Unlike apps made with Objective-C or Java, those made using React Native IDE stand out from the rest. New code may be executed without affecting the running application’s current state, thanks to Hot Reloading. These are just some of the numerous reasons why app development firms are actively seeking software professionals with expertise in React Native Development.

Here, we have compiled a list of the best IDEs for React Native to save you time and effort. And therefore, we will do just that and examine each one in turn here.

NetBeans IDE is a free, open-source IDE that is available on desktops and cloud IDEs. It is considered one of the best IDE for React because is packed with features, including code completion, refactoring, syntax highlighting, debugging, and code analyzers. NetBeans also has a build feature, which you can use to build and run your application. NetBeans’ support for React Native is currently in Beta.

2. VS Code from Microsoft

VS Code is also a free, open-source editor that is available for macOS, Linux, and Windows. It is deemed the best IDE for React Native due to its large community of users, which is great if you ever need help with your editor. VS Code has built-in support for React Native. It also has lots of plugins that you can use to extend your editor. VS Code even has built-in support for TypeScript if you prefer to use it over JavaScript.

IntelliJ IDEA is a paid, open-source IDE that is available on macOS, Linux, and Windows. It comes with a lot of features, including code completion, refactoring, code analysis, debugging, code navigation, and unit testing. IntelliJ IDEA can also deploy your application to a device or emulator. IntelliJ offers a free version for individuals, which also has support for React Native. If you work for a company, you can also get a company license for a reduced price.

Atom is a free, open-source editor that is available for macOS and Linux. It is built with a hackability-first approach, so it is easy to customize and extend Atom to meet your project needs. Atom is also on the list of the best IDE for React Native. It has built-in support for Redux, which allows for easy state management. Atom also has a large community of users, which means that you can find help if you ever need it for this IDE for React Native.

WebStorm’s platform has been around for fifteen years, and in that time it has gained a reputation for being the best IDE for React Native developers. You will be pleasantly surprised by how much this program can do and how infrequently it will let you down due to its adaptable plugin system and customizable settings.

Some of WebStorm’s features include its integrated web server, which facilitates the online operation of projects, a built-in aid for creating React Native apps, and most importantly, developers’ workloads are simplified by the exceptional Git and GitHub integration. Moreover, with WebStorm, refactoring the source code facilitates easy coding. Numerous plugins are compatible with WebStorm, and quick problem identification is enabled by the built-in tools for code quality.

Reactive native apps are still a thing in 2022. They are used by individuals and enterprises, who use various IDEs to build them. The ones mentioned in this article are the best in the market.

Now that you know what the best IDEs for React Native are, you can choose the one that best fits the needs of your business. At Xperti, we deliver business-class staffing solutions for all your critical hiring challenges. If you are looking for talented software developers, programmers, and engineers, we deliver tailored recruitment services to find the best talent out there.

Contact us today and discuss how we can help! 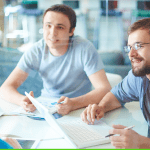 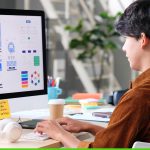