Elite software engineers believe Java is one of the most secure programming languages. Java has a lead over C and C++ and other programming languages when it comes to security. But what if the code itself is insecure and inefficient? There is a high risk of getting hacked despite using Java.

When coding, Java developers tend to overlook some primary security concerns. We point out some of them here.

Use Of Vulnerable Third-Party Libraries

There are enough third-party libraries out there for performing minor tasks. When a new library is added to a project, not everyone checks for known vulnerabilities. Not even top talent. Checking libraries is essential for security. Not checking them can even affect performance.

As a result, the credentials remain in the device memory far longer then they should.

This creates an opportunity for hackers. They can easily access this data. Even if they breached the device through another vulnerability. The infamous 2014 data breach incident of Starbucks’ App is a prime example.

To prevent such data breaches, developers should:

Done right this protects software from crashing. And secures the code from getting injected with an infected line of code from the input field. Without proper authentication, the stored data can be easily accessed.

The easiest solution comes with Java itself. The scanner library provides a basic implementation of validation. This can restrict user input.

Don’t attempt to make your version of something already available. This is important! You may think your code will be the safest. But available codes are pre-tested. This gives them an advantage over your self-written code.

Many Java coders assume hackers have already found vulnerabilities in libraries. (As they are open-source). Whereas their custom-made-logics are unseen, and therefore harder to penetrate. Is it so difficult to find loopholes in them? The fact is, the opposite is true. Open-source resources have many contributors. This means many people are using and testing libraries regularly. So if these users discover any vulnerability, they quickly report and remove them.

Many applications need permissions to access other features of the device. Few of these are actually “required”. Such permissions increase the probability of hackers accessing sensitive data. Every Java developer should limit permissions to components strictly needed.

Creating an application and launching it doesn’t mean the “developer’s job is done”. Real work begins after the launch. Developers have to keep looking for security vulnerabilities that can cause problems.

That’s why developers should conduct regular analysis of their applications. They must release security patches in time to reduce the chances of a security breach.

Total Security Is An ‘Ideal’ Target

Unfortunately, perfect security is impossible. As a Java developer, you will either write an unsafe code at some point. Or use unsafe libraries. Even if you don’t do anything, wrong hackers may discover new ways to breach your security.

As a Java developer, your best option is to establish a proper system that:

In 2019, many onsite development companies reserved entire departments to ensure product security. IT recruiters now demand new technology talent to have code securing knowledge. Awareness of such libraries is a plus.

It is now more important than ever that developers lookout for new security threats. And they should be ready to defend their solutions against them.

We need to check application security throughout a program’s lifecycle. Not only when writing code. Laxness in such competitive times can be dangerous. 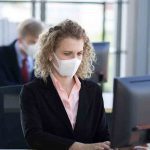 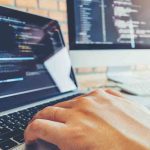 Got A Remote Java Project? Five Tips To Succeed