Oracle JDK is one of the most popular java development kits and has been used to develop Java applications for ages. New Java developers now have another option to choose from – OpenJDK, a relatively new development platform for Java.

In this article, we will be exploring the differences between Oracle Java Development Kit and OpenJDK. We will be comparing both of them based on various aspects, making it convenient for Java developers to decide which one is a more suitable option for them.

Oracle JDK has been around for a very long time. Its first version “JDK Beta” was released way back in 1995 and since then we have been getting a new release almost every one or two years. Java SE 11 is the latest LTS version, and Java SE 8, the previous version also received free public updates until the end of December 2020 for non-commercial usage. Since then the platform now requires a license for commercial use.

JDK (Java Development Kit) has been a top choice for every java developer for a variety of reasons. It comes with a complete Java Runtime Environment, usually called a private runtime. This name was introduced from the fact that it contains a lot more tools than the standalone JRE along with the other components required for developing a Java application. This development kit got its current name when Oracle bought Sun Microsystems in 2010. Before that, it was commonly known as SUN JDK, and it was the official implementation of the Java programming language.

Initially, it was only based on the JDK 7. But, since Java 10, just like for the Oracle, the OpenJDK has been receiving new feature releases every six months, all thanks to the JDK project, for the open-source reference implementation of the Java SE platform.

The most significant point in OpenJDK vs Oracle JDK debate is licensing. OpenJDK is a completely open-source Java platform with a GNU General Public License. On the other hand, since the end of 2020, you will be now requiring a commercial license under the Oracle Binary Code License Agreement for using Oracle JDK for your projects.

Oracle announced in 2019 that they would start charging for Java SE 8 licenses. Businesses that wish to use the Oracle JDK now need to purchase a commercial license from Oracle to keep receiving software updates. This was the main reason why many Java developers started to look for other reasonable options like OpenJDK.

Oracle JDK is completely developed by Oracle Corporation whereas the OpenJDK is developed by contributions from Oracle, OpenJDK, and the Java Community. Some prominent companies like Red Hat, Azul Systems, IBM, SAP AG, and Apple have also played an important role in the development of OpenJDK.

When it comes to the popularity and greater number of users, OpenJDK vs Oracle JDK is a very close competition. There was a time when Oracle JDK was highly praised for its maturity and stability. That made it the first preference of every top company that has Java Development Kits as part of their toolkits, some notable examples would be Android Studio or IntelliJ IDEA but both of them have now switched to the OpenJDK based JetBrains builds. Major Linux distributions like Fedora, Ubuntu, Red Hat Enterprise, and Linux also provide OpenJDK as their default Java SE implementation instead of Oracle JDK.

This dynamic shift in popularity was predicted by many java developers as an effect of licensing of Oracle JDK and isolation from the Open-source community.

If we compare the features and options offered by OpenJDK vs Oracle JDK, Oracle JDK is the clear winner. It comes with Flight Recorder, Java Mission Control, and Application Class-Data Sharing features that lack in OpenJDK. Along with that Oracle JDK offers better Garbage Collection options and faster renderers. Although OpenJDK has the Font Renderer feature and all the basic options are available but despite that, the users that have been working with Oracle JDK would prefer to remain with it.

There is hardly any technical difference between the two because they have the same build process for both of the platforms but when it comes to performance, Oracle JDK is quite better in terms of responsiveness and JVM performance. There is significantly more focus on stability as the target audience is mostly enterprise organizations that cannot compromise on performance.

On the contrary, OpenJDK users have faced some problems with instability and performance issues in the past but that is changing now. OpenJDK’s performance is now improving at a remarkable rate. The OpenJDK builds are now getting more and more stable thanks to some noticeable contributions by the OpenJDK community.

Is OpenJDK suited for commercial use?

Commercial use is one of the strongest suites of Oracle JDK. It certainly gives it an edge when comparing OpenJDK vs Oracle JDK. Due to a long history of exceptional stability and regular updates, Oracle JDK has never let its users down. Due to this, it has always been the first choice for organizations that are comfortable with paying for the licensing.

If you are not willing to pay for the service or you are financially restricted, only then you should opt for OpenJDK for commercial software projects. OpenJDK can be a considerable replacement for Oracle JDK only in such scenarios.

OpenJDK vs Oracle JDK: Should you Migrate to OpenJDK?

The Oracle licensing has changed the perspective of many Java Developers. It is to be understood that whether you are willing to pay for it or not, it is significantly affecting the overall Oracle JDK community. The Oracle JDK 8 has received what will likely be the last free update for the platform and Java 11 was never free.

On the other hand, The OpenJDK has almost the same code as Oracle JDK and with the much-improved support now by the OpenJDK community, migration has become a considerable option for countless organizations. Migration is not just about avoiding excessive costs from Oracle, but more importantly, to prevent your organization to be in the clutch of a software company that will be able to assert financial control of your infrastructure so if you are planning to migrate, it should be the better time before you get backed into a corner.

Although migration seems the best option there are certain things to consider first. More complex or very customized builds may require some code refactor despite a very similar runtime environment in Oracle JDK vs Open JDK. For a healthy and successful migration, you should always plan the migration process start with an extensive analysis of your inventory and the risk involved.

After all the consideration, it is evident that OpenJDK has a considerable lead in OpenJDK vs Oracle JDK debate. Being an open-source platform, OpenJDK is extremely modifiable and Java developers are encouraged to contribute as well to further improve the platform. We will eventually get to see the abundance of innovative work and projects by some remarkable java developers that would end up using Open JDK who were once active contributors to Oracle JDK.

If Oracle continues to isolate itself from open software communities, OpenJDK could easily gain a significant advantage from this. This can result in eventually losing some very exceptional Java developers from Oracle Java. 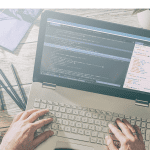 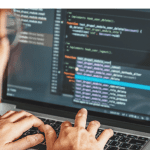