Java continues to be an extremely popular language among the programming community. What has made Java even more popular among developers is the range of platforms and frameworks that provide APIs and run time environments to build large-scale, multi-featured and secure Java applications – most of which we use in our daily routines.

Two of these platforms are Java Enterprise Edition, Java EE, and Spring that are commonly used by Java developers for building big, complex business applications.

The discussion around Java EE vs. Spring has gained a lot of traction in recent times from the Java community. Both platforms have certain unique features and give each other a strong competition.

We will be discussing Java EE vs. Spring and covering different areas, including user reviews, surveys, and features. that will offer you great insights into which platform is currently winning the race.

JEE or Jakarta Enterprise Edition, previously known as Java Platform, Enterprise Edition (Java EE) is a Java platform by Oracle. It offers a set of specifications, extending the features offered within Java Standard edition, SE, by including enterprise features for application development such as distributed computing, web services and Java microservices.

The core component of Java EE includes Enterprise Java Beans, EJBs, Java Server Pages, JSP,  and Java Database Connectivity, JDBC. Java EE applications run on microservices or application servers that handle all the fundamental things such as transactions, security, scalability, concurrency and component management.  These are the most essential things an application must handle properly and smoothly.

Here are some unique advantages offered by Java EE:

Spring is the application development framework for Java EE. It is an open-source Java platform that provides supports for developing robust and large-scale Java applications. It also offers tons of extensions that are used for building all sorts of large-scale applications on top of the Java EE platform.

It is a lightweight framework that enables developers to develop enterprise-class applications using Plain Old Java Object, POJO. Although the Spring framework does not have any specific programming model, it has become popular among Java developers as an addition to the Java platform. It has a huge community of Java developers who are working and contributing to introducing more extensions and improving existing features offered by the Spring framework.

Some major benefits you can expect while using Spring framework include:

Let’s take a look at both Java EE and Spring in detail:

Targeting the enterprises, Java EE offers a detailed reference execution and a set of different testing suites. Its interface offers a series of APIs for various functionalities to be provided for development, which include:

Java Connector is the tool used to connect all of them with an assortment of inheritance applications. Java EE can be visualized as a stage that characterizes ‘standard determinations/APIs’, which are then executed and utilized by Java developers for improvements in big enterprise applications. These applications are made up of modules that utilize Java EE compartments as their run-time framework.

On the contrary, the Spring framework is an open-source framework without a particular programming model. It is primarily used in the Java community as an expansion to Enterprise JavaBeans (EJB) and in some cases, even as an alternative to it.

The Spring framework also includes a variety of modules that provide a range of services for building applications like:

Java EE vs Spring discussion is usually based on the comparison of some very specific features. Both are quite popular choices among Java developers but they both have some prominent differences in their offerings in terms of features, services and cost.

Following are some of the major differences that spark the Java EE vs Spring debate:

Java EE is based on a three-tier architecture. The first is the presentation tier that contains the user interface and focuses on delivering a fluid and stable experience. The second is the application tier that contains the main business logic of the application and the third is the data-tier, which comprises of the database and other data needs.

Spring, on the other hand, is based on a layered architecture that includes different modules. Each module delivers different features for the applications and all these modules are built on top of their core containers.

Spring does not have any specific programming model. Developers have the option to use Java as well as Kotlin in Spring.

Java EE can be used to develop either web-based or non-web-based structures, whereas Spring offers a variety of structures for your application ranging from Microservices, cloud, serverless event driver, web applications, etc.

Speed is something that is always brought up in Java EE vs Spring. In terms of speed, Java EE is the clear winner as Spring is a bit slower than Java EE in terms of performance and usability.

Cost is one of the primary differences between Java EE vs Spring. Java EE or Jakarta EE comes with an Oracle-based license, whereas Spring has an open-source license. It is completely free to use.

Spring, then again, is not a standard. It is just a framework for Java EE itself. It is a structure offering lots of functions on the Java EE details, but in its frame.

Which is more popular?

There is a stark difference between the functionalities and features offered by both. However, the question remains: which is more popular and preferred among developers?

Below are some answers to a survey conducted recently on the Java ecosystem.

The Annual JVM ecosystem report presents the results of one of the largest annual surveys done on the JVM ecosystem. The surveys were done by gathering over 2000 responses in the second half of 2019.

Question 1: Do you use the Spring Framework?

Exactly 60 percent of developers said that they depend on the Spring framework to produce their application. Undoubtedly, this is a significantly high market share for a third-party open-source framework for Java development.

Question 2: Which server-side web frameworks do you use?

Question 3: Do you use Enterprise Java, J2EE or Java EE?

The question of whether Java developers use the Enterprise Edition (Java EE) is something that is asked every year. Surprisingly, this question had a new option added that was “Yes, but via Spring or another framework like JPA or Servlets” just to know if people are using Java EE indirectly.

35% of Java developers straightaway denied using Java EE, and it is not surprising as, from the survey of last year, this number was 38 percent. It is important to point out that almost 40 percent of Java developers are using Enterprise Java indirectly via Spring or any other framework.

This is indeed concerning for the popularity of Java EE. Spring seems the clear winner in Java EE vs Spring.

Question 4: What Java EE version do you use for your main application?

This was the last question that brought about some more interesting information regarding the usage of Java EE vs Spring. Upon asking about the Java EE version, almost 40% of developers use the latest version of Java EE, although Java EE 7 still has a considerable user base and 2% of Java developers still use J2EE.

The important thing to mention is that 21% of the respondents were not aware of the exact version of Java EE they are using. By further asking them, it was found out that almost 95% of them were users of Spring framework and were using Java EE indirectly.

Java EE vs. Spring discussion cannot be easily concluded as both Java EE and Spring are best known for their unique offerings. Java EE is primarily intended for organizations and companies that require an expansive, adaptable and disseminated framework for building large-scale applications.

Despite these prominent offerings, the Spring framework has risen as a major competitor to Java EE. It is easier to use and provides a decent system for web advancement whereas JEE does not.

See Also: When to Use Microservices in Java?

Though Java EE still has a large user base in the form of organizations and enterprises, but Spring ranks on top among developers.

Find numerous job roles for senior full-stack developers and put your knowledge to the test! Head over to our careers portal to browse through relevant job listings. 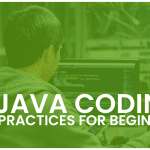 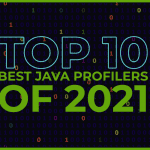