Java 9 introduced a new feature known as the Java platform module system (JPMS) or Java modules. It has been added to collect Java packages and code them into a single unit called a module.

In earlier versions of Java, there was no concept of modules which made it difficult to manage all the applications. To cater to that, Java 9 restructured JDK into a set of different modules so that developers can access only the required module for the project and not the whole JDK. Apart from JDK, Java now also allows developers to create modules for developing module-based applications.

In this article, we will be discussing what Java modules are and how to use them.

What is a Java module?

It is a packaging mechanism that allows developers to package a Java application or an API in separate Java modules. It is packaged as a modular JAR file where developers can also specify which of the Java packages inside a module should be visible to other Java modules.

Why should you use Java modules?

Using Java modules brings various benefits for Java developers. Following are some of the major advantages that make Java modules a great option for building applications,

JPMS splits up all Java platform APIs into separate modules. It lets developers specify what modules the application will require. With that information, Java can package your application including only the needed API Java modules.

Before JPMS, you would have had to package all of the APIs with your application. The unused APIs often made the application unnecessarily large and difficult to distribute.

A Java module has to explicitly specify which Java packages inside the module can be visible to other Java modules users. The modules that are kept hidden can only be used internally inside the Java module. It makes the packages very well encapsulated.

3. Detection of missing classes at startup

From Java 9 and onward, Java applications are now also packaged in Java modules. Therefore, every application module has to specify what Java API modules it requires.

To make sure no modules are missing, JVM now checks the complete module dependency graph at startup. If any required modules are not found, the JVM reports the missing Java modules and shuts down.

Before Java 9, it was not possible to detect missing classes until the application itself tries to use it at runtime. By that time, the application would crash if the required class is not found.

After discussing what Java modules are and their benefits, let’s take a look into some of the basics of modules in Java.

Java modules often contain one or more Java packages that belong to the same application. A module could be a complete Java application, a Java Platform API, or it can be a third-party API.

A Java module must have a unique name. It follows the same naming conventions as Java packages but it should not contain underscores, Java wants to use underscore as a reserved identifier in the future so avoid using them even in packages and classes.

For example, here is a valid module name

An empty Java module descriptor would look like this:

First comes the module keyword, followed by the name of the module, lastly a set of curly brackets in which the exported packages and required modules will be specified.

As mentioned before, packages that are required by the other modules must be explicitly mentioned. The exported packages are declared in the module descriptor.

This is how an export declaration is written inside the module descriptor:

The above code exports the package called com.shaharyar.module01.

Developers can also export a subpackage but it must also be declared explicitly in the module descriptor:

You can also independently export a subpackage without its parent package.

If we change the above example to just export the subpackage, it would be done like this:

Contrary to exporting, if a Java module is required by a module to do a task, the required Java module must be specified in the module descriptor similar to export modules:

Types of modules in Java 9

There are four types of modules in Java 9,

The set of Java 9 modules that contains parts of the modified modular structure JDK are called platform modules.

These modules are what are made when developers build an application in modules. Different functionalities are added in form of modules in an application. All third-party dependencies are also part of this category.

Those jar files that are placed at the module path without module descriptors are automatic modules. Several pre-existing libraries have yet to be modularized. They can be used in a modular application as automatic modules.

When a class or a JAR file is placed on the classpath, but not on the module path, it is automatically considered an unnamed module. Since it does not have any name, it can read and export all the modules. It is primarily used to maintain backward compatibility with previously written code.

The module dependency graph must always be an acyclic graph which means that circular dependencies between modules are not allowed in Java 9. For instance, if module M1 requires module M2, then module M2 cannot require back module M1.

2. Split packages are not allowed

How to compile a module in Java 9

This is how you can compile a module:

Lastly, The –module argument specifies which Java module is to be compiled. In the example above, it is the module com.shaharyar.module01. You can also use the same command to specify more than one module to be compiled by writing their names, separated by a comma. See this example:

How to run a module in Java 9

Now we are all ready to run the main class of a Java module.

To do that, you have to use the java command, like this:

similar to compiling the module, the –module-path argument points to the root directory where all the compiled modules are present.

The modules in Java 9 are a sophisticated addition. If you are interested in learning more about the Java 9 modules, check out some of our other blogs!

See Also: Modularization in Java: What Is It? 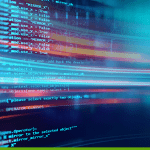 Guide To The Most Important JVM Parameters 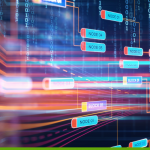 When To Use The Parallel Stream In Java