There are many reasons for Java’s enduring popularity in the technology world. Reason number one is the interest elite software engineers take in introducing new features. Each one of which improves productivity and ease for Java coders. One such feature is the ‘text blocks preview language feature’ introduced in JDK13.

What Are Text Blocks?

String data, without a doubt, is one of the most used data types by coders. It can store anything from a few characters to multiple lines. This flexibility makes it difficult to read or change any string that contains embedded quotation marks or escape characters. Text blocks offer a solution to this problem. They do this by allowing coders to write a multi-line string inside a multiline block.

In 2019, a more ‘round-up’ concept of raw strings was proposed in JEP 355. The elite software engineers behind it reflected on earlier feedback, improving the formatting and the Readability.

All this while also decreasing the frequency of using escape sequences.

Concatenation operators, escape sequences or any visual clutter required in regular string literals are also not required in text blocks.  As a result, it makes working with strings considerably easier.

Notice the three quotation marks that delimit the beginning and ending of the block? The previous alternative in Java looked like this:

See the example below:

The compiler will see this as:

3. Use of Escape Sequences

When using escape sequences such as \n, \f, and \r, Java developers can vertically format the string without affecting how line terminators are translated.

Escape sequences like \b and \t, can be used to horizontally format a string without affecting the incidental white space mentioned in the previous example.

One more feature that top software engineers included for the ease of Java coders is the use of quotation marks inside text blocks.
Quotation marks can be used unless they appear in direct sequence. To not confuse these with the closing delimiter, quotation marks need to be used with an escape, as shown in the JEP 355 example:

To make things more convenient, some additional escape sequences were introduced in JEP 368.

Its function is to explicitly suppress the insertion of a new line character. For instance:

This translates to a single space which is not processed until incidental white spaces are stripped. An example from JEP 368 shows its use:

Features like text blocks are created for the sole purpose of creating ease and simplicity for developers. And of course, amateurs and elite software developers in the Java community learn to appreciate them in equal measure. Onsite development companies appreciate features like text blocks too. Because they make the code more readable, and easy to understand. This not only benefits developers but also non-developers. Both come closer to understanding a certain degree of complex code. 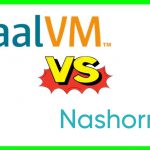 Java Developers Settle The Debate Between Nashorn Javascript And GraalVM 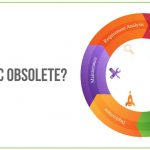 Is The SDLC Obsolete? Views From Top Developers