What are getters and setters in Java?

Getters and setters, also known as accessor and mutator in java, are the conventional methods used to retrieve and update the values of a variable, respectively. See this basic example below demonstrating a class with a private variable as getter and setter methods are used to set and get that private value:

Now to get the value, you must invoke a getter, getNum1(), and the setter, setNum1(), to read or update the variable from outside, like this:

Why do we need getters and setters in Java?

As mentioned earlier, the primary use of setter and getter is to maintain encapsulation. We require a setter method to update the value of a private variable from outside of the class and a getter method to read the value of that variable. It allows developers to control how the main variables in the code are accessed and updated.

The variable can be set within a specific range or maybe selected from a list of values using a setter. See the following code of a setter method:

The condition in line 2 ensures that the value of the variable num1 must always be set between 50 and 500. If this variable had been allowed to be updated directly, it would look like this:

There was a possibility of violation of the rule set for values ranging from 50 to 500. To avoid that, the best option is to declare the variable number as private and then use a setter to change it.

A getter method on the other hand is the only possible way to read the value of the variable, outside the class:

See the code snippet below:

So, the appropriate Java setters and getters names will be:

Common mistakes when implementing getters and setters in Java

Java developers, whether they are beginners or have been coding for quite some time, often make mistakes in using Java getters and setters. To them, such mistakes may not seem too critical, but they cause errors in many different situations.

Following are the most common mistakes made by Java developers when implementing getters and setters in Java. The correct method is also mentioned along with each of them to know how such mistakes can be avoided.

Mistake 1: Use of less restricted scope while declaring variables.

The correct practice is to use a relatively more restricted access modifier like protected or more preferably, private:

Here, we have a simple setter for data:

Here, an array of integers, myData, is initialized with 5 values in line 1. The array is then passed to the setData() method in line 2.

The method displayData() simply prints out all the data from the array:

Line 3 will output the following result:

Now, in line 4, we have assigned a new value to the second element at the first index in the myData array:

What happens next is if we call the method displayData() again at line 5, the output will be:

You can see that that the value of the second element is now changed from 47 to 34 due to the assignment in line 4. You must have understood the point of it by now. The data saved in the array can be modified from outside of the scope without using the setter method. This again makes the setter useless as well as breaks the encapsulation. But how does that happen?

Here, the member variable data is directly assigned to the method’s parameter variable newData. This means that both variables are referring to the myData array object in memory, so any changes made to either the data or myData variables are made on the same object.

A better practice for this situation is to copy elements from the newData array to the data array, one at a time.

See the modified version of the setter implemented this way:

Now, the member variable data is not referring to the object which itself was referred to by the newData variable. Instead, the data is now initialized to a new array with the same size as the array newData. Then, we copy all elements from the array newData to the data array, using System.arraycopy() method.

It will now give us the following output:

Now, both invocations of displayData() get the same output. It indicates that array data is independent and different from the array newData passed into the setter, thus the assignment statement will not affect the array data.

Mistake 3: Returning the object reference directly in the getter.

See this getter method below:

It will produce the following output:

As you notice, the second element of the array myData has been successfully modified outside the setter, violating encapsulation in line 5. This is because since the getter method directly returns the reference of the internal variable data, the outside code can now obtain this reference and make changes to the internal object.

A useful practice to avoid such result is that, instead of returning the reference directly in the getter, we should return a copy of the object so that the outside code can only obtain a copy of the internal object, like this:

Java offers some mutable data types like Date and Calendar. If their values are reset using a getter method or a reference method, it transforms into a big maintainability issue which is very difficult to debug.  The best practice is to always use defensive copy (deep cloning) when making getters and setters in java for mutable data types.

The java.util.Date class implements the clone() method from the Object class. The method clone() returns a copy of the object, so it can be used for the getter and setter, as shown in the following example:

Mistake 5: When writing getters and setters for your own type of object.

When a custom type of object is defined, it would not be a suitable option to make the getter and setter straight away as we do for primitive data types. You should always implement the clone() method for your custom type. See the code below:

Here, the class Student implements the clone() method to return a cloned version of itself. Now, the setter method should be implemented like the example below:

We have covered some basic mistakes made by java developers while using setters and getters as well as their workarounds.

Getters and setters in Java may seem to be very straightforward and basic, therefore they’re usually not given much attention to. However, it is crucial to implement them correctly in practice to avoid huge mistakes. It could either cause the code to misbehave or in the worst-case scenario, your programs could easily be exploited by someone who discovered such vulnerabilities generated by incorrect use of Java getters and setters. Even if you are an experienced developer, try to understand the use of setters and getters from scratch and implement these useful practices mentioned above to develop a robust and error-free code.

If you are proficient with Java getters and setters and are looking to make an excellent career in programming, sign up with Xperti. With Xperti, you will become part of a wide network of elite engineers and will be able to explore some excellent job opportunities at Fortune 500 companies across the US. 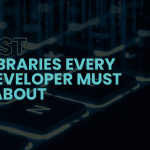 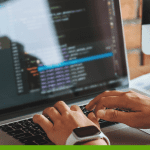 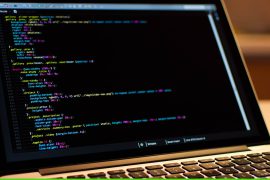 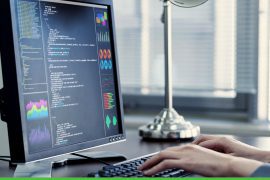 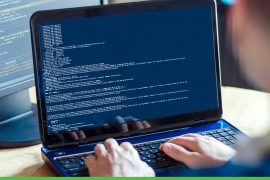