When it comes to web design and development, Python is an extraordinarily powerful and highly sophisticated programming language to utilize. There is an incredible demand for developers with this necessary skill set, so it is not surprising that web development firms use Python as their primary computing language.

When it comes to functional programming, which is an essential quality underlying today’s complex websites and apps, Python programming offers an edge over other coding languages. Developers consider it the ideal language for addressing the difficulties and challenges that they are confronted with, such as scalability, simplicity, and versatility.

Programmers across the world take advantage of Python’s adaptability and quick application development to create effective and efficient solutions, while matching the needs of company owners. Developers are constantly upgrading their skills for the creation of cutting-edge websites by engaging with the robust community and plenty of online learning resources that support Python users.

Python is used by a large number of developers, small businesses, and major corporations like Facebook, Google, Dropbox, Microsoft, Mozilla, and Intel. The simplified syntax and effortless clear coding of Python web development are some of the primary reasons for its widespread use and massive popularity.

The majority of web development companies usually start with a WordPress template and have a PHP programmer customize it to meet the requirements of their customers. This programmer is often someone who works at the organization; however, the company may outsource the project to developers located in another country. Once Python is integrated into a company’s web development infrastructure, this is no longer needed and in-house teams can take easily take over.

Why Choose Python for Web Development?

Python is a dynamic, highly-evolved computer programming language, which is why programmers and developers with knowledge of Python web development are highly sought after. Python programmers usually enjoy a deeper skillset and a wide variety of options when it comes to building websites and designing software.

However, since Python is among the most sophisticated languages in the field of website design, it is considered the ultimate solution for a wide range of applications, and not just web development.

Python is an ideal language for developing prototypes. It is easy to make sure that the application is functioning correctly since the language is simple to understand. You can also construct prototypes to test the functionality of any code you input, which is an excellent feature.

Python is considered one of the most adaptable programs out there since it was not developed in response to a specific need. This results in its structure having no particular defining characteristics. Instead, it is compatible with several other programming languages and may readily interface with them.

Python comes equipped with a library of extensive frameworks and built-in modules. It is capable of using a wide variety of frameworks while developing applications and websites. The resources include collections of codes that save you tons of work by eliminating the need for writing code from scratch. Moreover, you can use these ‘off-the-shelf’ codes for repetitive functions and programs.

Django is not only the most widespread and functional Python language, but it is also one of the most popular frameworks in the digital world today. Originally developed by the Python Software Foundation, it offers a high level of security, better CDN connectivity, and content management, and is applicable in a wide variety of web application projects.

As mentioned already, Python is a highly adaptable programming language that can be executed on any operating system. Python web development is multifunctional and serves a variety of purposes, including the creation of websites and the management of cloud infrastructures.

How Web Developers Use Python

Maintaining an adaptable mindset in today’s rapidly-evolving marketplace is essential to ensuring the success and longevity of your web development projects. Since web developers prefer using Python for its versatility and general-purpose programming, using it for your business in the following ways will prove to be a great asset for your company.

Web development with Python is a highly beneficial endeavor. There are several Python frameworks available, including Bottle.py, Flask, CherryPy, Pyramid, Django, and web2py. These are just some of the options available from the Python family. These frameworks have been used to power the infrastructure of several websites, including Spotify, Mozilla, Reddit, the Washington Post, and Yelp, amongst others.

Completing a project using Python for machine learning is the most effective approach to getting started with the language. At a bare minimum, you will be instructed on how to set up and run the Python interpreter on your computer. It also gives you an overview of how to go step by step through a project, which finally gives you the confidence to move on to your own major projects and tasks that you may have been putting off.

AI is used to swiftly assess and handle enormous volumes of data and drive down the time to perform various complex tasks. It is possible to provide individualized recommendations to prospective buyers using this tool. Python is now one of the most widely used programming languages for Artificial Intelligence.

Deep learning is a subfield of Artificial Intelligence with the objective of processing data in a manner analogous to that of the human brain. Python is a programming language that can be used for web development. It gives web developers the ability to deal with robots and image recognition.

The learning curve for Python web development is rather short, which has contributed to its rising popularity. It is a solid option for developing new and innovative applications because of its well-established infrastructure and library of frameworks.

Additionally, Python’s community is a great asset for those seeking to help to learn it. When developers run into code mistakes or bottlenecks, they can always rely on the large community of Python users for assistance and support. It has a large number of communities, organizations, and forums where programmers often express their problems and get assistance from fellow developers, in areas other than coding, too.

Web development with Python enables you to drive more deeply into the design and development of powerful web applications. Highly sought after by internet companies and major apps, Python is scalable and adaptable, easily accessible, and high in demand as an advanced computer programming language.

You can take advantage of a product that is not only responsive but also quick and optimized for use across the board. Since Python is a very efficient and robust programming language, many experts use it for the development of their customers’ websites, ecommerce platforms, and software applications today.

If you are looking for such experts, allow Xperti to help you hire the best on-demand software teams, skilled Python developers, and specialized data engineers. We offer first-rate assistance, guidance, and support services and make it possible for you to recruit the professionals you need faster.

Find innovative solutions to any web design and development challenges you face with the right team of experts. Connect with our customer support team today! 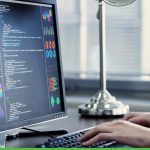 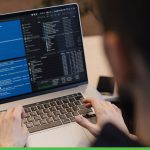 How To Use Modulo, Modulus, Or Remainder Operator In Java?