Today’s new and aspiring software developers debate over augmented reality vs. virtual reality in the real world. It has not gone unnoticed that these immersive and interactive technologies have advanced. More people want to work with AR and VR as they become more popular.

Future applications for virtual reality (VR) and augmented reality (AR) include gaming, marketing, e-commerce, education, and many other industries. Both technologies are renowned for their enhanced experiences that combine a virtual and physical world with improved, three-dimensional visuals. Although it’s simple to confuse the two, there are some key distinctions between augmented reality vs. virtual reality.

In this article, we’ll examine use cases for both technologies to find out. We’ll also show you the factors you should consider if you want to work with one medium or the other.

What Is Augmented Reality?

Between augmented reality vs. virtual reality, although VR is superior for gaming, augmented reality (AR) is the technology that gave rise to Pokémon Go’s popularity. With the help of technology, the physical world can now be perceived differently and made more interactive. By overlaying digital data on a view of the real-world environment, AR accomplishes this. AR works best with business tooling. When performing a task in manufacturing, employees can use AR smart glasses to access text, statistics, and graphical representations

What Is Virtual Reality?

VR was merely a gimmick in movies and video games for a long time. VR is now becoming a significant component of numerous industries. Pose tracking, and 3D near-eye displays are used in virtual reality to give users an immersive virtual world experience. Virtual reality has a variety of uses in business, education, and entertainment.

VR technology simulates human senses, offers haptic feedback, and blocks out the outside world to immerse users in wholly synthetic environments. You can test drive the Volvo Reality app’s XC90 SUV, and Walmart uses a VR training app to let managers learn in a relaxed setting. Of course, there are also virtual reality games, which have a multi-billion-dollar market.

See Also: What Is Haptic Feedback And How Is It Useful?

Both of these strong technologies have great potential but have not yet established themselves with consumers. They have the potential to alter how we use computers in the future fundamentally, but it’s unclear at this point whether either of them will be successful.

When comparing augmented and virtual reality hardware, you’ll find that the AR medium offers significantly fewer development options than VR. But here’s the thing: mobile AR applications can already be run on your smartphone, thanks to its processing power.

Since most contemporary smartphones come equipped with the AR feature, many early XR developers have begun creating for it. All you need is a phone with a camera and one of the free 3D game engines. Try creating an augmented version of your T-shirt for one of your first AR apps to overcome your initial fear of the technology. There aren’t many AR headsets on the market that provide an open SDK and can be developed for.

The first revolutionary AR device has lost some of its appeal over time, but it is still very much in use, particularly in the enterprise solutions market.

An Android-based business tool aimed primarily at the manufacturing, healthcare, and construction sectors.

A hands-free holographic computer that allows you to interact with holograms using your voice and hand gestures.

Although Unity is the way for augmented reality developers, you can also use Unreal or another game engine. In addition to being the best for the medium, it offers free tutorials, documentation, and live training.

Before you begin, it’s better to install the following applications.

With this, Windows Holographic can be used without a HoloLens. For this to function, Hyper-V is also required.

Here are some SDKs for developing in augmented reality.

A set of scripts and parts for accelerating HoloLens project development.

Utilize this to develop holographic applications that can recognize environmental objects.

The following four essential areas should be investigated when developing a VR project:

You will need high-performance hardware that can handle complex computations and advanced graphics to develop VR (or AR). If you don’t have a laptop or computer, look at our guide to VR equipment.

The second requirement is a VR device. Numerous VR headsets are available, each with different performance and cost. Here are the top VR tools available right now for building believable, interesting virtual worlds:

Other premium headsets manufacturers, like Varjo and Pimax, have high-end models with realistic resolutions surpassing the human eye. These headsets are typically used for enterprise business solutions because they start at $3,000 and higher prices.

If you’re serious, you should start experimenting with some professional digital tools, such as Sketch or Figma, Blender, 3ds Max, and Cinema 4D. You can use pen and paper to get basic ideas out of your head.

These design-focused tools can help you prototype, imagine, and map out potential user experiences and workflows. When creating AR or VR products, XR Design is a significant, if not essential, step in the process. Building an enjoyable experience from the first iteration is nearly impossible without understanding your users and their behaviors.

The game engine is essential as it includes the fundamental framework and SDKs needed to create VR applications for a computer or mobile device.

The closest rival to Unity works with the majority of operating systems, including iOS, Android, macOS, Windows, HoloLens 2, and Magic Leap. Unreal is said to offer more realistic visuals and uses the more challenging C++ language.

The top choice of many developers and the king of VR game engines. All of the popular VR devices and formats, including 3D Max, Maya, and Cinema4D, are supported by this engine, which uses C# to write commands.

An SDK is a plug-in with assets, content, and unique design strategies that specifically shape the overall native VR experience for a given engine and platform. Some of the top SDKs for VR development include Oculus SDK, Oculus Mobile SDK, SteamVR SDK, and Google VR SDK.

If you’re looking to hire an AR developer or a VR developer, Xperti is a highly reliable tech platform that connects you with remote and on-site available resources in under 72 hours. So, what are you waiting for? Get in touch today! 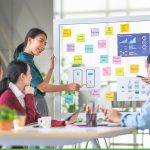 A Guide To Project Management In Software Development 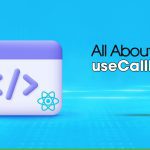