While humans have been gifted with five senses, most electronic devices only use two, sight and hearing, to communicate with us. However, with time and much development in research and technology, haptic feedback changes this by stimulating the sense of touch. A computer or other device can touch you and the other way around.

Instead of being a particular technology or application, haptic feedback is a mode of communication. It is nothing less than a completely new method of communication between machines and people. Since so few digital products intentionally provide tactile experiences, haptic technology focuses on users’ sense of touch and is occasionally dismissed as a novelty. However, haptic technology is not new. Electronic devices that use vibrations, such as massagers, have existed for a long time.

What is Haptic Feedback?

A user can simulate the sensation of touch with haptic feedback technology by being subjected to forces, vibrations, or motions. These technologies enable the creation of virtual objects in computer simulations, their control, and improved remote control of machinery and equipment.

The vibration of a mobile phone is frequently cited as an example of haptic feedback technology. However, it only serves as a basic example of how haptics might work. Users can interact with computer-based devices using haptics by getting tactile and force feedback. The former could provide information about the object’s texture, e.g., rough or smooth. The latter simulates a few of the object’s physical characteristics, such as weight or pressure.

How Does Haptic Feedback Work?

Instead of being a single technology, haptics is a family of technologies. Although all haptic technologies use touch to communicate, they do so in various ways:

These include the motors in digital devices like mobile phones, game controllers, and VR headsets that produce vibrations and other haptic touch effects.

This technology forces air or liquid into tiny pockets in a smart device to create pressure or temperature on the user’s skin.

It controls the amount of friction the user’s fingers experience on the touchscreen surface to produce haptic effects.

The device controls the ultrasound waves to produce a force that the user can feel through their fingers or hands due to multiple waves interacting. Thanks to this virtual touch, the user no longer needs to interact with a physical or real-world surface.

Use of mechanical devices to elicit force on the hands, limbs, or entire body.

How Do Users Benefit from The Haptic Feedback?

Video games feel more realistic and as though the player is actually playing them when there are tactile interactions. The haptic touch provides rich and detailed information about a subject for many applications. Touch increases the amount of information transmitted to the device’s brain for comprehension when combined with sight sense. This reduces the likelihood of user error while also speeding up task completion.

Stay Up to Date with Important Alerts

As you know, the haptics in mobile phones alerts you to messages and alerts. The value of haptics has increased significantly to improve user experience as phones have evolved into small, portable computers that you can carry in your pockets. Yes, haptics makes it easier for you to understand what each buzz or vibration means: shorter bursts indicate notifications, while longer ones indicate phone calls. However, this tactile feedback has more to it. Quality haptics can also convey various information by combining rhythm and force in various ways. A new alert, for instance, appears a little bit later than a new email.

An Essential Part of Most Electronics

Engage Your Natural Sense of Touch

On smartphones and tablets, haptic technologies have nearly replaced physical touch buttons. While many people enjoy the sensation of pressing a button to control a device, haptics is here to provide you with a more vital and natural touch experience that you’re sure to love. When a command is given, haptic devices simulate the feel of physical buttons. For instance, you feel a small bump before your phone opens when you unlock it using the fingerprint sensor. Long-pressing an app or swiping the navigation bar will probably cause you to experience the same slight twitch.

Remote tasks will become much simpler and significantly less error-prone with an internet connection, a robot, and a haptic controller. A virtual haptic environment connects industries needing highly skilled specialists, enabling experts to control a robot from anywhere.

Though haptic feedback technology has been around for a long time, it has grown significantly over the past few years. It’s no longer a trick from a video game. Businesses should look into integrating this technology into their operations, marketing, and customer experiences as new developments and applications become widely accessible. Utilizing this cutting-edge technology can give users a better experience and increase their sense of connection to your products and brand.

Using haptic feedback in your app is unquestionably a wise choice. But do you have the team of developers to pull it off?

At Xperti, we have a pool of tested and trusted tech talent who can handle any task set before them by businesses. Hire faster, simpler, and smarter with Xperti.

Also Read: How To Prepare Workers For Remote Work Revolution 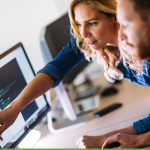 10 Indispensable Software Development KPIs That Every Project Leader Should Use 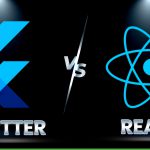 Flutter Vs React Native – Which Is Better For Your Project In 2023?