Testing is one of the integral parts of the software development cycle. It is done to make sure that the developed software is free of any bugs or errors and that it meets all the requirements. It includes making sure that the software responds correctly to inputs, that it processes the input data within the right amount of time and that users can install and use this software on the compatible platforms. As software keeps getting more are more complicated, The Java Test Driven Development process was introduced for a smooth testing process. In this article, we will be discussing some of the best practices for a Java developer to implement in a test driven development process.

Testing is not a single task but it is divided into several sub-parts spread among the whole development process to check all the following aspects of the developed program,

Considering this extensive testing process, A test driven development approach is often used by Java developers. The programmers have to work together with testers and analysts, which enables everyone to be able to read the test and even alter tests whenever required.

Test Driven Development is a development approach in Java in which all the test cases are particularly developed to test each functionality and if any of the test fails the test, the new code must be written as soon as possible to rectify the error.

The Java Test-Driven Development process always starts with testing the small functionality of an application. The developers are instructed to debug or write new code only if an automated test has failed. This helps in avoiding duplication of code at any stage and the incorrect code would have the least effect on the order modules of the program.

The testing process for every function can be summarized in the following steps:

Numerous tools are available for designing and testing the overall implementation of the software. Following are some of the best Java test driven development tools you can use,

JUnit is a unit testing framework designed for Java test driven development. As unit testing is one of the very important parts of the process, JUnit plays an important role in the development of tests for each functionality.

Apache JMeter is a great option for performance testing. It can simulate a heavy load on a server(s) or object to test its strength and overall performance under different loads.

Following are some best practices you can apply in Java Test driven development process. These practices are divided into basic categories as follows:

· Use of Correct Naming Conventions

The use of a proper naming convention helps in organizing and preparing better tests. Many testing tools also expect the naming conventions to be followed while developing. You can use any naming convention that you feel best but every team member including developers, analysts and testers must be fully aware and comfortable with it. Choosing the most common conventions is always a better option as every individual, a new one or one coming with some experience would have likely used this convention so training or introduction will not be required.

· Separate the implementation from the tests code

This practice can help you in avoiding accidentally packaging tests together with production binaries. You must check the requirements first for where to put the test as many build tools expect tests to be in a certain source directory.

The best practice is also to use two or maybe more source directories. Implementation code should be always located in src/main/java as per the Java standards and the test code must be in src/test/java. The number of source directories can increase with the size of a project but implementation and tests must be separated every time. You can take an example of Build tools like Gradle or Maven as they expect source directories separation as well as naming conventions in your Java code.

· Use of descriptive names for test methods

A descriptive name could help in understanding the objective of a particular test. There are numerous ways to name your test methods. A very common method is to name them using the Given/When/Then syntax. You might be wondering why we cannot we use proper comments to provide information about the test objective but as a comment would not appear during execution, it would be of no use.

· Compose the test first before writing the implementation

This practice ensures that a testable code is written. It allows developers to make sure that every line of code will be tested. By writing the test first, a coder will be clear about the requirements before starting to write the code. This is the main difference between traditional testing practice and TDD.

· Re-run every test after any change in implementation

This practice is very crucial to ensure that there are no unexpected changes caused by the alterations in code. Whenever any part of the code implementation is changed to meet the requirements, all tests should be run again especially if multiple developers have been involved in the changes. Once revised code is submitted to version control, all tests should be rerun to make sure that there are no problems due to it. There are various Java continuous Integration tools such as Jenkins, Bamboo and Hudson that make it quite easy to pull the code from the repository, compile it and run tests multiple times.

· Write the most basic codes for testing

It ensures a cleaner approach and avoids unnecessary features that could slow down the testing process. A simpler implementation is always better and easier to maintain the product. The idea behind this practice is to keep things plain and simple to avoid any unnecessary complexity.

· Keep assertions to a minimum

If multiple assertions are used within one test, it would be difficult to identify which of them caused a test failure. When an assert fails, execution of that test method stops instantly and if there are any other asserts in that method, they will not run. Multiple asserts create confusion about the main objective of the test. As a result, it gets difficult to find the problem which makes the fixing process quite difficult and time-consuming.

It does not mean that you can never use multiple asserts for a single test method. If there are some other asserts that test the same unit of functionality, they can also be used within the same method. When multiple asserts are used, they should all contain appropriate messages to distinguish the failure, this way debugging for a failed assert will be significantly easier.

· Tests should be executed faster

If it will take a significant amount of time in test executions, developers will eventually avoid using them after every change or will run only a small subset to just test the changes they have made. The benefit of faster tests is quick feedback. As soon as a test will return its results, it will be easier to fix it.

· Do not use base classes for tests

Java developers usually perceive a test code similarly to an implementation. One of the common mistakes made while testing is to create base classes that are extended by tests. The use of base classes for testing should be limited whenever possible. It requires navigating from the test class to its parent and so on to understand the logic behind tests. This can often be time-consuming. 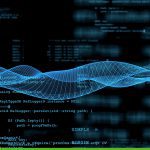 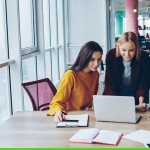 Hiring The Tech Talent The Smart Way In 2022