Keywords are the set of reserved words in Java that are either associated with an internal process or used to represent a predefined action therefore they cannot be used as identifiers. “for”, “int” and “class” are some very basic examples of them. One such keyword is “static“. In this article, we will be discussing what are the uses of the Java static keyword, how it can be applied to classes, variables, methods and blocks, and the difference it makes.

The Java static keyword is primarily used for memory management. The use of static in Java indicates that the particular member of the class acts as a type itself rather than as an instance of the type. It means that rather than creating multiple instances, only a single instance of that static member will be created which will be then shared among all objects of that class. Java static keyword can be used with variables, blocks methods, and nested classes.

To create a static block, variable, method, or a nested class, you need to start its declaration with the keyword “static”.

See this example of a static variable declaration:

When a variable is declared static in Java, only then can we create a single copy of that variable to be used by all the objects created at the class level. Static variables are, basically, global variables and the value of this static field will be shared across all objects.

For instance, we have a class called “Student” with some basic attributes. Whenever a new object will be initialized, it will have its distinct copy of those instance variables.

Just like static variables, Java static keyword can also be applied to methods. Methods also belong to a class, not to any object, so a static method does not require an object to be called, they can also be called directly without any object reference.

Static methods are primarily used to perform any operation that does not depend on a single instance. If there is any action that is supposed to be shared with all instances of that class, then that action can be added in a static method. For example, extending the previous example, we can create a static function called “setAdmissionFee” to set the admission fee. This fee will be the same for all students regardless of their grades.

Let’s say, if you need to initialize a list object with some initial values, this is how you can do it very easily using static blocks:

In this scenario, it would not be possible to initialize the List object with all these pre-defined values while declaration. A static block can also be used if the initialization of some static variables requires exception handling.

Java allows you to easily create a class within a class, basically a nested class. It helps in making your code more organized and manageable by grouping all the elements that will be used in one place. It also increases the use of encapsulation in your program.

Following is a simple example of using a static nested class and accessing the variables:

The above code will output:

If you would have tried to access or print the “outer_Y” variable inside the nested class like this:

it would have given a compilation error as a static nested class cannot directly access non-static members.

In this article, we discussed how Java static keyword works and how it can be used with variables, methods, blocks and nested classes. Static in Java offers a list of features that you can apply to increase encapsulation in your code, make it more readable, manageable, and efficient. 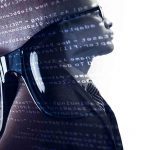 Formatting With printf() In Java 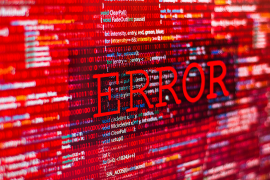 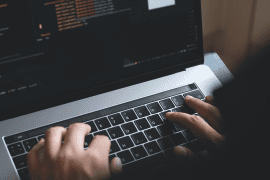 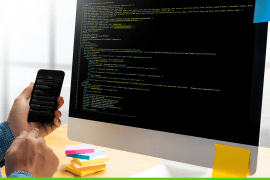