An out of memory error in Java formally known as java.lang.OutOfMemoryError is a runtime error that occurs when the Java Virtual Machine (JVM) cannot allocate an object in the Java heap memory. In this article, we will be discussing several reasons behind “out of memory” errors in Java and how you can avoid them.

Out of memory error in Java

The JVM manages the memory by setting aside a specific size of the heap memory to store the newly allocated objects. All the referenced objects remain active in the heap and keep that memory occupied until their reference is closed. When an object is no longer referenced, it becomes eligible to be removed from the heap by the Garbage collector to free up the occupied heap memory. In certain cases, the Java Garbage Collector (GC) is unable to free up the space required for a new object and the available heap memory is insufficient to support the loading of a Java class, this is when an “out of memory” error occurs in Java.

What causes the out of memory error in Java?

An “out of memory” error in Java is not that common and is a direct indication that something is wrong in the application. For instance, the application code could be referencing large objects for too long that is not required or trying to process large amounts of data at a time. It is even possible that the error could have nothing to do with objects on the heap and the reason behind it like because of third-party libraries used within an application or due to an application server that does not clean up after deployment.

Following are some of the main causes behind the unavailability of heap memory that cause the out of memory error in Java.

It is the most common out of memory error in Java where the heap memory fills up while unable to remove any objects.

See the code snippet below where java.lang.OutOfMemoryError is thrown due to insufficient Java heap memory available:

In the above code, an array of integers with a very large size is attempted to be initialized. As the Java heap is insufficient to allocate such a huge array, it will eventually throw a java.lang.OutOfMemoryError: Java heap space error. Initially, it might seem fine but over time, it will result in consuming a lot of Java heap space and when it fills all of the available memory in the heap, Garbage Collection will not be able to clean it as the code would still be in execution and the no memory can be freed.

Another reason for a Java heap space error is the excessive use of finalizers. If a class has a finalize() method, the GC will not clean up any objects of that class, instead, they all will be queued up for finalization at a later stage. If a finalizer thread cannot keep up with the finalization queue because of excessive usage of finalizers, the Java heap will eventually fill up resulting in an “out of memory” error in Java.

Developers need to use the finalize methods only when required and they must monitor all the objects for which finalization would be pending.

This error indicates that the garbage collector is constantly running due to which the program will also be running very slowly. In a scenario where for minimum consecutive 5 garbage collection cycles, if a Java process utilizes almost 98% of its time for garbage collection and could recover less than 2% of the heap memory then a Java Out of Memory Error will be thrown.
This error typically occurs because the newly generated data could barely fit into the Java heap memory having very little free space for new object allocations.

Java developers have the option to set the heap size by themselves. To prevent this error, you must Increase the heap size using the -Xmx attribute when launching the JVM.

JVM separates the memory into different sections. One of the sections is Permanent Generation (PermGen) space. It is used to load the definitions of new classes that are generated at the runtime. The size of all these sections, including the PermGen area, is set at the time of the JVM launch. If you do not set the sizes of every area yourself, platform-specific defaults sizes will be then set. If the Permanent Generation’s area is ever exhausted, it will throw the java.lang.OutOfMemoryError: PermGen space error.

The solution to this out of Memory Error in Java is fairly simple. The application just needs more memory to load all the classes to the PermGen area so just like the solution for GC overhead limit exceeding error, you have to increase the size of the PermGen region at the time of Java launch. To do so, you have to change the application launch configuration and increase or if not used, add the –XX:MaxPermSize parameter to your code.

· Out of MetaSpace error:

All the Java class metadata is allocated in native memory (MetaSpace). The amount of MetaSpace memory to be used for class metadata is set by the parameter MaxMetaSpaceSize. When this amount exceeds, a java.lang.OutOfMemoryError exception with a detail MetaSpace is thrown.

If you have set the MaxMetaSpaceSize on the command line, increasing its size manually can solve the problem. Alternatively, MetaSpace is allocated from the same address spaces as the Java heap memory so by reducing the size of the Java heap, you can automatically make space available for MetaSpace. It should only be done when you have excess free space in the Java heap memory or else you can end up with some other Java out of memory error.

· Out of swap space error:

This error is often occurred due to certain operating system issues, like when the operating system has insufficient swap space or a different process running on the system is consuming a lot of memory resources.

There is no way to prevent this error as it has nothing to do with heap memory or objects allocation. When this error is thrown, the JVM invokes the error handling mechanism for fatal errors. it generates an error log file, which contains all the useful information related to the running threads, processes, and the system at the time of the crash. this log information can be very useful to minimize any loss of data.

How to Catch java.lang.OutOfMemoryError?

As the java.lang.OutOfMemoryError is part of the Throwable class, it can be caught and handled in the application code which is highly recommended. The handling process should include the clean up the resources, logging the last data to later identify the reason behind the failure, and lastly, exit the program properly.

See this code example below:

In the above code, as the line of code that might cause an out of Memory Error is known, it is handled using a try-catch block. In case, if the error occurs, the reason for the error will be logged that is the large size of the array and the maximum size of the JVM, which will be later helpful for the caller of the method to take the action accordingly.

In case of an out of memory error, this code will exit with the following message:

It is also a good option to handle an out of Memory Error in Java when the application needs to stay in a constant state in case of the error. This allows the application to keep running normally if any new objects are not required to be allocated.

In this article, we have extensively covered everything related to the “out of memory” error in Java. In most cases, you can now easily prevent the error or at least will be able to retrieve the required information after the crashing of the program to identify the reason behind it. Managing errors and exceptions in your code is always challenging but being able to understand and avoid these errors can help you in making your applications stable and robust. 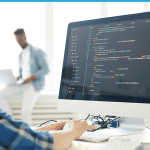 Writing a Parser In Java 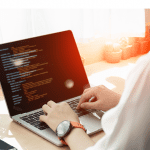 Introduction To Thread Pools In Java