What are Containers in software development?

As the name suggests, the bundling of application code and dependencies into a single body, a virtual package is called Containerization. A containerized application typically works alongside other applications, and runs on a shared operating system on a PC, servers, and even on the cloud.

Containerization has greatly evolved the way top developers work and create different types of Java applications for a wide range of devices.

Before containers, the only option was the use of actual hardware so to start working on a new application, developers required to acquire a new machine. they had to go through the complete procurement process, it was a huge bottleneck for the development process. The process was very slow, in some cases, it took up to 6 to 9 months, just to procure the required physical hardware to start development. Working on a big and complicated project was also very difficult as developers could not afford a single very powerful expensive machine, they used multiple machines that ran the single application in a sort of a cluster mode. It uses to take a lot of time and effort to just arrange the machines along with many other issues.

Some Elite software engineers then started implementing Containerization (although the concept of existed since the 1980s). It not only eliminated the requirement for new hardware but it also allow development teams to run multiple containerized applications on a single hardware. Unlike a virtual machine, it also does not require emulating hardware or software.

Best talents in the organizations started using it to save a significant amount of time, effort and money as well. it made the java application development process significantly less complicated. containerization also solved some big issues in deployment. Along with that, it also includes a huge capacity for standardization and automation, while making it convenient for top software developers to work across different languages and technologies.

There has been a misconception that containers have been introduced with Docker quite recently, but they have been around as a concept for almost 40 years. In the early 2000s, the container technologies gained more prominence and it became more powerful. The top software engineers behind it started providing more isolation and started moving toward more accessibility.

Top developers later identified that by putting minimal restriction around processes they could achieve results similar to the condition where processes would be isolated with very low overhead. With process containers got more control, isolation and security can be achieved. Later containers were made much more accessible after the introduction of Dockers. It bought a big positive change for containerization as the user experience was greatly improved along with the system.

When it comes to using Containerization for Java Applications, Jib is the first name you will hear from any java developer, it is the open-source tool for building optimized and space-efficient Docker as well as OCI images for Java applications.

Jib has now become the first preference of every java developer as it also supports the broader Java development ecosystem. Java coders also find it relatively easy to build Docker images using Jib even if they do not have much familiarity with Docker as jib does not even require to install Docker on your system or write a script-like Dockerfiles. Jib itself handles the packaging of your java application into a container image.  It offers the ability to turn any Java application into a space-efficient and optimized container image.

Jib organizes the application into separate layers dependencies, resources, and classes; and utilizes Docker image layer caching to keep builds time less by only rebuilding the changes made in the application. Jib’s layer organization and small base image keeps overall image size small which improves performance and portability.

Google has also been promoting use of Jib for building java applications, Jib is published by google as a plugin for both Maven as well as a Gradle which means that Jib will catch any changes made in the application each time it is built. This saves developers separate docker build and push commands and also simplifies its addition to a CI pipeline.

The main reason behind the biased opinion of java coders towards Jib is because Since Jib has been made generally available the top software engineers in java community have been focused on expanding the Jib’s ecosystem. They aim to improve its technical capabilities; they have been constantly adding new features to further improve the java developer experiences.

Following are some of the newly included features introduced in Jib,

The primary feature of Jib is to build optimized Docker and OCI images for Java applications and without a Docker daemon. With this newly introduced Jib Plugin Extension Framework, developers can now extend Jib to tweak every aspect of a Java application image which results in improved optimization and space efficiency. Some useful extensions have already been released by the elite talent in Jib core team, for instance, the GraalVM native image extension that speed up the startup process of Java applications running inside containers. New extensions can be built and contributed by java community as third-party plugins for both Maven and Gradle.

To make it more even convenient for java coders, prominent application frameworks like Spring Boot and Quarkus are now provided native support from Jib. The first-party Jib Maven and Gradle extensions have been published for Quarkus which allows full control to developers over configuration while building Quarkus images for their application. The packaged containerizing-mode in Jib now also provides out-of-the-box support For Spring Boot.

It is to be noted that these extensions are in an experimental phase for time being so It won’t be a suitable choice to use them to build complex projects, just for now.

Since Jib does not depend on Docker daemon, developers can create and push their application image without any need for downloading its corresponding base image. A specific line of code like FROM openjdk:11-jre-slim is usually part of Java-based Docker file, it is present to specify the base image. In CI/CD environment, if this line of code is not found in Docker image cache, it requires to re-download the base images first.

Jib comes with some built-in features that do not require to download the base images. By Incorporating Jib in the CI/CD pipelines Developers get a reduce build times along with that it also saves their network bandwidth and storage space.

Now Jib also supports integration with Skaffold. Skaffold is an optimized tool that features fast and repeatable local Kubernetes development workflow. This integration allows the use of Skaffold’s zero-config auto-sync for Java images. With the auto-sync feature, changes in class file and resource file can be synced to a running container without rebuilding and redeploying the container.

It is to be noted that this setup only works with the default build mode of Jib which is exploded and non-WAR applications.

There are pros and cons for every Java developer working on containers as they are not the suitable option for every type of java application and containerizing can be a complicated and time-consuming process but Jib has been providing ease for developers in many aspects. The jib has been greatly evolved since its release. It has now created a potential community around it. Thanks to Jib, Containerization is becoming more and more convenient for java coders. More and more developers are now experimenting with it to make their application development process faster and more efficient. The Top developers in Jib team have been working hard to expand the ecosystem, even more, to cater to an even bigger community. 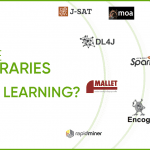 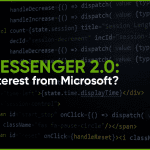 Java Messenger 2.0: Why the interest from Microsoft?