Java, arguably the world’s favorite programming language, completed 25 years in 2020. Java has always been a favorite of enterprises even after the arrival of noteworthy rival languages, such as C# by Windows and now, the new ‘Go’ by Google.

Java proved to be a very innovative language in the history of software. Especially as the internet era was getting ready for its major takeoff. It gained its fair share of popularity with features like “write once, run anywhere” which provided one-of-its-kind extreme portability for Java coders. Other features, like its:

Made enterprise application programming comparatively quicker and easier on Java than other programming alternatives available at the time.

With such features, the number of Java Developers kept growing in the industry. And in a very short time, a community of top developers with exceptional skills in Java Programming emerged to dominate the software developer community. Soon, onsite development companies and enterprises started technical recruiting primarily based on the level of Java Development skills a candidate had.

Let’s take a look at the most significant software ground Java has covered in the past 25 years.

In 2006, the language was formally recognized as open-sourced for the community that bought large scale adoption and contribution. On October 25, 2006, Jonathan I. Schwartz (CEO of Sun Microsystems at the time), announced this at the Oracle OpenWorld Conference. From that day, Java was free for developers.

This proved to be one of the major milestones for the language. The community-powered approach has been an asset for Java. Much of its excellent contribution to software development owes itself to elite software engineers of the industry who benefitted from the open-source environment. Regular feedback from the community made frequent JDK releases possible with exciting new features each time. It strengthened the community and attracted even more developers with its promise of freedom and portability.

Java is one of the driving forces behind the mobile technology that has shaped and enhanced the smartphones we use today.

In the beginning, Symbian OS, one of very early mobile operating systems, supported Java. It facilitated every Java developer interested in mobile application development to explore possibilities, resulting in the development of several mobile applications and games from the Java mobile platform.

As the Android community grew, so did the Java mobile application developers’ community. Android became one of the major reasons that top software developers maintained their expertise in Java.

A growing number of Android developers use Java as their primary programming language. While Kotlin and Go have arrived in the market, Java coders are unlikely to shift any time soon. Java app developers are still the preferred tech talent in any organization when it comes to hiring an app developer.

IoT is another rising area of the tech industry that Java aims to conquer. Various IoT applications such as wearable technology apps and smart home applications are being built on Java.

The existing ecosystem of cross-platform applications, easy portability and interoperability are some of the features that encourage developers to build IoT applications on Java. With support from the open- source community, Java has a bright future in IoT.

Cloud is supposed to be a new technology for Java but thanks to the elite software engineers behind Java, a number of Java tools and libraries have been introduced that allow Java developers to build new cloud-native applications.

These tools and libraries not only make the language future-proof, they also open a new window for Java coders to explore cloud technology.

This does not just include building new cloud-native applications. Java’s top developers have also been able to modernize existing enterprise applications for cloud environments.

Editor in Chief of the Oracle Java Magazine, Andrew Binstock, wrote in Forbes, “The big data revolution is primarily a Java phenomenon.”

Java is accelerating the data revolution by building developers’ capabilities in data. Although R and Python are better-known languages for analytics and Big Data applications, programmers who are used to Java find it relatively easier to take their skills to new applications.

Frameworks like Hadoop are mostly written in Java, and languages like Scala are also interoperable with it, making it easier for Java developers to learn it. The part Java is playing in the Big Data Revolution may not seem significant now. But it is clear that Java is behind a significant volume of data and is providing tools to support analytics projects.

When it comes to Enterprise Applications, Java has no competition. Statistics prove that Java is the leading programming language used for the development of enterprise applications. This is primarily due to the fact that Java facilitates enterprises by meeting their need for:

In 2016, members of the Java community created MicroProfile which was designed to help optimize enterprise Java for microservice architectures. It attracted enterprises, as it encouraged the trend of moving to smaller and lighter applications and making them cloud-native.

See Also: Updates In Microservices And Their Impact On Java Developers

Java has gained so much traction in the creation of enterprise apps that there are now projects and frameworks that are designed specifically to improve Java for enterprise applications. They provide relevant features and tools, such as Quarkus, which assists Java coders in taking advantage of features like containers and serverless frameworks.

Despite covering a long journey spanning 25 years, Java isn’t anywhere close to settling down. Are two and a half decades long by technology standards? Closer to a lifetime. What makes Java sustain itself is its ability to constantly absorb market developments and meet the changing needs of the developer community. 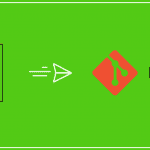 Migration To Git and Github—Top Tips for Java Developers 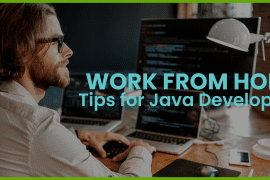