Software development has undergone several changes since the early years of hi-tech. Open-source being one of the very significant changes in this time. Many new:

Were introduced. And top developers from all around the world started contributing in a variety of ways. The top software engineers behind Java also realized the potential of open-source development. And that is how much of Java Virtual Machine (JVM) came to be released as free and open-source software.

IDEs designed to be used with many programming languages became more practical and useful. Especially for developers who were working on many languages at a time. Soon, enterprises began feeling the pressure to compete in the digital world. This encouraged developers to produce more micro-services and cloud-native applications, using fewer resources.

To fulfil this demand, developers needed a customized set of tools and extensions that suited them best. The biggest constraint here was the incompatibility between languages and IDEs.

The options of IDEs, for instance, especially for a Java Developer, were very limited. Java Coders realized that the old IDEs were slower. They also offered fewer features than the new and upcoming IDEs.

During this time, many new IDEs and code editors entered the market. One of these was Microsoft’s Visual Studio (VS) Code IDE. This gained a lot of popularity in a very short period of time. Primarily because it was lightweight. And because it provided a wide variety of features via extension. Study respondents’ also ranked it as the most popular development environment. Unfortunately, Java Coders were not able to use it.

Red Hat is one of the world’s leading providers of open-source solutions to enterprises. Supported by a diverse community of elite software developers, they have delivered high-performing:

They worked with a community-powered approach. And released a set of extensions for VS Code to support Java Development.

Java is one of the most popular programming languages, as we know. Combining it with Visual Studio Code, would bring the simplicity of a source code editor together with powerful developer tooling, like:

Coding in Java with a lightning-fast source code editor would be the biggest dream come true for every Java Developer at the time.

Two of Red Hat’s extensions have a combined value of 3.8 million installations. These two Red Hat extensions for Microsoft’s VS Code are listed among the most popular in the marketplace. One of the primary extensions was Language Support For Java.

This extension is built on the Language Server Protocol.

It provides language support for Java through the Eclipse JDT Language Server. It makes Java™ application development (using VS Code) easier and enjoyable. In no small measure.

For Java coders, using Eclipse JDT offers an experience very similar to VS Code (as what one can get with Eclipse). The extension is completely open-source. So it will keep evolving with new features according to developers’ needs.

The following is a list of some basic features provided by the extension:

Microsoft also invited Java Developers to use its tools and frameworks.

Microsoft created a Java Extension Pack which gave developers all relevant extensions. In one place. This helped the Java community set up the environment to start development in VS Code.

These extensions offered many exciting features. For instance great micro-services support including:

The Red Hat extension, Language Support For Java was the highlight of this extension pack. Together with several other extensions for debugging, testing and managing Maven commands.

Once you install language support, you can read and edit Java source code straight away. For example, start by creating a project01.java file. Open this on VS Cod. Or create the file within and then save it.

Once done, you can open the terminal and then type javac project01.java to compile the file. This will generate a project01.class file. Run it with java project01.

There are many other capabilities that will help you:

Java source code so quickly that, you may decide to leave an IDE and shift to this lightweight text editor.

Developments like these prove that the Java community is alive and thriving. The future is unpredictable. But open-source Java communities can predict a world that benefits from their expertise. 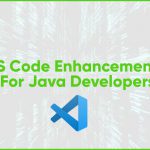 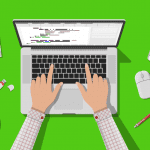