As one of the most popular programming tools, React or ReactJS, a library of Java, has become one of the most sought-after skills in the job market. React is a tool that helps in front-end development to build user interfaces (UI) for apps and platforms. React has a massive Java-based community constantly providing feedback and support to keep improving the tool. Therefore, for all candidates seeking to work with React in the software industry, it is vital that you know the answers to popular React advanced interview questions.

React is highly useful for multiple reasons, but the two main points are that it allows you to create top-quality user interfaces and write custom program components. A simple but one of the common React interview questions for 2022.

React hooks enable you to program efficiently by:

3. In Which Situation Would You Use References (Refs) In React?

In React, refs help to access document object models (DOM) and let you change the value of any dependent component within a custom element you create.

4. Why Would A Developer Use Super Constructors with Props Arguments?

Candidates should mention that they use props arguments in React to enable the ‘this.props’ command. They can further add that when a constructor is present in the code, the ‘super()’ command is input to call the super constructor. This is one of the trickiest advanced React interview questions.

5. What Tactics Can One Use To Handle And Control Events In React?

Another entry in the list of React advanced interview questions, candidates should know that they may handle events in React via uppercase declaration. They must also know that they will need to create a function that would be the event handler when using JSX.

A state object is a marker that shows the current properties of any element the developer assigns it to within the program. The developer may modify the state object, which leads to the component re-orienting itself accordingly.

7. What Is A Class Component?

A class component is a class that contains many functions, similar to a library. Each React class has its header and grants varying coding power to the developer. Questions that test basics are commonly asked React interview questions for 2022.

8. What Is a Program Component?

9. What are React Hooks?

React hooks are specialized tools that allow you to use functions and commands without declaring their library. The term ‘hook’ refers to the ability to grab commands from various libraries and hook into them.

10. How Can A Developer Avoid Binding In React?

One of the most advanced React interview questions, the answer is surprisingly simple. You can use arrow functions in class properties to prevent binding in programs when using React.

11. What Is The React Virtual DOM?

Virtual DOM is a feature using which developers can place the actual DOM in the compiler’s memory so they can make changes to the program. Using the ReactDOM library, developers can connect the virtual and real DOMs.

Events are actions that need a computer to carry out within a program. Actions such as selecting and clicking are examples of events in React; they are all carried out in Camel case in comparison to HTML where actions occur in lower case.

13. What are the various life cycle phases in React?

There are three primary life cycle phases in React:

Redux is a popular React front-end development library. It helps create UI interfaces and programs that can run seamlessly on multiple frames.

15. What Are The Different Steps In The Mounting Life Cycle Phase?

The three lifecycle steps in the mounting phase are:

16. What Are Some Advantages Of Using Flux In React?

Another entry in the list of advanced React interview questions, Flux has two major advantages for developers:

Lazy loading is a process whereby chunks of code are bound and run together. This is an expert programming strategy since it boosts code efficiency and helps you perform a lot better. Knowing this is an excellent way of increasing your value in the eyes of the interviewers since it is currently one of the most popular React advanced interview questions.

18. What is the connection between JSX and React?

This is one of the most common React interview questions for 2022. JSX is a JavaScript file in the React framework. It helps create HTML and web applications efficiently.

HOC or ‘High-order component’ is an advanced technique in React for reusing component logic within a program body.

20. What Are Some Functions One Can Perform Through HOC In React?

HOC is one of the most versatile tools in the React library. It essentially helps to:

21. What Are Some Of The Steps In The Updating React Phase?

22. What is the significance of ‘keys‘ in React?

23. What Are The Most Common Techniques For Modifying A React Application?

25. What are Portals in React?

Portals provide a route where parent components can assign hidden values to child components in the main program hierarchy. Using portals is a part of an expert developer’s programming arsenal and leads to fantastic results.

26. Why do developers need the ‘Transpile’ code in React?

React code is written via JSX. However, browsers cannot execute the JSX code directly and need the Transpile command to render it compatible with them. Tools like Babel help transpile the program code from JSX to JavaScript so it runs.

React is a useful and popular tool that helps to modify program creation under Java. It is very versatile and in high demand these days due to the increasing popularity of Java.

Therefore, knowing the answer to advanced React interview questions will help greatly improve your chances of succeeding and attaining your ideal job as a React developer. For more technical expertise and scientific know-how, visit Xperti today, where technology meets innovation. 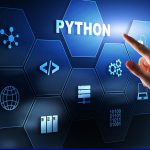 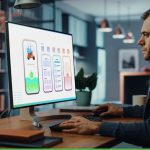