Every java developer aims to write the best and most efficient code, but while developing complex and large enterprise applications, it is not that easy to monitor all the JVM internal components to maintain efficiency.

Many questions are needed to be answered to maintain the performance of an application; for instance, is the total memory allocated by the code? How will a change in code and design affect the performance? Memory usage by the application. Garbage Collection, CPU utilization, etc. All this information is required to monitor the area of improvements in the application and to identify and remove if any bottleneck is present. Debugging these types of performance issues has always been a challenging task for a java developer.

To handle that, a Java developer requires a set of specific tools for maintaining the performance of the application by monitoring multiple JVM level parameters. One such tool, among various others, is a Java profiler.

What is a Java Profiler?

Java Profiling is the process of analyzing an application to identify and pinpoint memory or performance-related issues.  A Profiler is a code monitoring tool that can assist a java developer in all these cases. A java profiler works at the JVM level and monitors Java bytecode operations by using various java profiler tools. It helps in monitoring some crucial tasks such as Thread Execution, meaningful Objects creation, Execution of different methods, and garbage collection handling.

A Java profiler offers numerous advantages. Not only does it provide the user with all the statistics of the success of the code, but it also assists java developers to track out any errors without having to read the entire code again and again. All the various yet prevalent occurring errors, like the ones due to multi-threading processes, can also be handled by a profiler which also results in better efficiency of the code and better utilization of the resources.

Profiling is not a one-time task but an ongoing process, so it is essential to choose from your java profiler from some of the best java profilers to conduct all the crucial monitoring tasks to avoid any problems.

When it comes to getting a Java profiler, there is a variety of them available, and it often gets tough to determine what the differences between them and which one is the best.

Following are the 10 Best Java profilers you should be using in 2021. It will help you to analyze your particular scenario and decide the correct type of tool that perfectly suits your needs.

Jprofiler is one of the most popular Java Profiler targeted for Java standard and enterprise applications. Jprofiler provides various java profiler tools to work with all the widely used Java IDEs.

Its highlighted features include system performance assessment, profiling threads management, and finding memory leaks. It is primarily used for performance tuning. Java developers can quickly identify any inefficient memory consumption in the application and then use that information to fix the underlying issue.

YourKit is a bit mature Java profiler. It comes with some exceptional java profiler tools such as:

The user interface offered by your kit also includes some handy features such as,

· Performance charts that show all telemetry graphs to provide a complete overview of the performance of the system.

· Thread view gives a complete overview of the thread usage with filters to show “Live,” Live and Finished,” and “Finished” thread view.

The introductory license pricing starts from $499 with one year of support and upgrades.

The promising thing about VisualVM is that it works well with all the other tools provided by JDK. It is designed to detect and monitor all running local and remote virtual machines. It also allows java developers to configure any additional connection required using JMX.

Some prominent features offered by the Java VisualVM include:

· It Displays Local as well as Remote Java Processes.

· Developer can also monitor Process Configuration and the Environments.

· It allows you to Monitor Profile Performance and Memory usage.

· It provides a detailed overview of the threads with thread view.

· It also provides various filters to get results according to your requirements.

· You can also take a snapshot of the profiling session. It seems a trivial feature, but it comes in handy in the later stage of the analysis.

The best thing about Java Visual VM Profiler is that being a JDK tool, it is free, making it an ideal profiler for you if you are on a tight budget.

The combination of XRebel and JRebel may be the best java profiler tools available. XRebel allows java developers to check the application performance from end to end to discover if there any performance issues present during the development phase. If any changes are required, JRebel allows the java developers to skip the redeploy process and preview the changes instantly, which enables the developer to quickly evaluate using XRebel that whether or not the difference provides the desired performance impact or not.

The best feature from XRebel is saving significant time consumed during redeploys; it can result in getting efficient performance improvements way faster than any other profilers.

There have been some recent improvements in Eclipse and IntelliJ plugins as well that allow these two tools to be used simultaneously via the IDE, making XRebel/JRebel a must-have combination for Java developers.

NetBeans is mainly known as an excellent debugger, but to our surprise, it is also regarded as one of the best java profilers. The NetBeans Profiler comes bundled with Oracle’s open-source NetBeans IDE. It is also a good choice for lightweight development and profiling.

Having the functionality of both means that along with offering the functionality of a profiler with features like monitoring code execution time taken by the CPU, details of the run-time behavior of code, and creation of objects., it also offers better efficiency in debugging of several methods like multi-threading and other related errors. Netbeans profiler also increases the operating speed of the application, which results in efficient memory usage. The best part is that it is free to use and can be downloaded from their website.

While It resembles a lot with Java VisualVM in terms of features, and both are also free, what gives Netbeans a lead is that it provides everything bundled in one program with IDE.

JIP is a fully Java-coded, light-weighted profiler designed for effective profiling. It has a series of promising java profiler tools along with the ON and OFF features to filter out multiple measurements at runtime.

It also doesn’t require any specific platform to run. It can be run on any platform that supports Java. It also features the “javaagent” option, which allows users to load the class and modify its byte code while the class is loading. Filtering options by class or packages, efficient memory management, and easier debugging are some other useful features offered by JIP.

It is an open-source profiler, making it even more popular among Java developers as it is free of cost, and developers can contribute to its further improvement.

Stackify Prefix is another great java profiler with some unique profiling tools. It provides a feature to display details about every web request so you can monitor every single step of what your java web app is doing and the time it is taking for it. Along with assisting java developers in tracing distributed requests, it also offers some code improvement suggestions for easy code fixes.

There are two versions of Prefix available; the standard version is free, whereas the premium version comes with some more features making it a direct competitor of XRebel.

It also comes with some interesting downloadable plugins such as Java Management Console (JMX), a tool for monitoring and managing Java applications, and Java Flight Recorder (JFR), a profiling tool.

It can be used for free on any desktop or laptop for development or with any production environment.

The Eclipse profiler is another excellent profiler packed with some fantastic java profiler tools. It is known for its effective memory management and for identifying and eliminating memory leaks.

It has been a popular IDE for java programmers as well to perform various vital operations related to heap calculation and analysis. The user interface is simple and clearly shows the heap memory with filters like Used memory, Total memory, and Free memory available using graphs.

JProbe is an integrated toolkit consisting of various java profiler tools by Quest Software. It is developed to diagnose and eliminate any inefficiencies or errors in Java applications.

JProbe Profiler integrates a visual Graph interface with its data collection technology to provide highly accurate performance data to help developers identify any performance problems present in the code. JProbe profiler is different because it helps java developers understand the cause of the error or any performance issues in the application.

Along with JProbe Profiler, The JProbe Suite contains three other tools for extensive application monitoring,

It is used to detect and eliminate any memory leaks present and improves application performance by increasing memory usage and reducing garbage collection.

It handles all the thread problems such as deadlocks, thread stalls, and race conditions by identifying any actual or potential threading problems that can be a threat to application data.

It assists developers and quality assurance engineers in locating any unexecuted code in the application, making it a useful feature for unit testing and user acceptance test runs.

Pricing is a concerning factor while selecting a java profiler, XRebel would seem a perfect choice, but it is priced at $365 a year, making it a bit expensive. In contrast, the pricing of Jprofiler and Yourkit even goes beyond $400, making them even more expensive. Some other paid profilers also lie in a similar price range.

All the best Java profilers from well-known companies have been so expensive that they are not affordable to small and mid-tier companies, and only the largest enterprises can afford them. Thanks to the open-source community, some free alternatives can perform the job to a great extent.

In current times, an efficient java profiler has become a necessity for java developers that helps them in performing all the monitoring to improve the performance of their applications in the development phase.

We have discussed profiling and some of the best Java Profilers. Choosing the most suitable profiler solely depends on the developers and the level of analysis and information required by the development team.

If you require a profiler for a small project like a small business or a local office management system, profiling will be relatively very straightforward, so a standard open-source profiler can be used to do the job. If you are developing a web application that includes hefty features like a tracking system and would have an extensive user base where it will be accessed by thousands of users in real-time, you will need some more advanced profiling tools. In this case, profilers like XRebel, YourKit, or Jprofiler would be more suitable.

Find a broad range of job listings on our careers portal that allows you to use Java Profiler just the way you want. 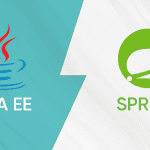 Java EE vs. Spring: Which is more popular? 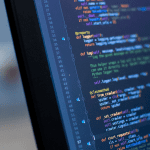